Study evaluates texting as a poor way to deliver criticism

Many think they’re doing a favour by texting criticism instead of giving it in person. Not so, say researchers at UBC Okanagan’s campus who have determined that negative comments can have the same impact regardless of how they are delivered.

Their findings suggest that text messaging can be just as harmful as face-to-face conversations when it comes to delivering unfavourable remarks. 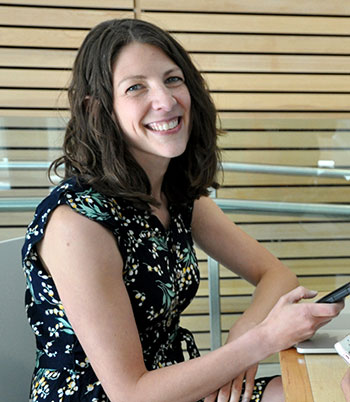 “Text messaging has become a popular way for communication, including heated discussions,” says UBC Okanagan psychology researcher and study senior author Susan Holtzman. “Our study is among the first to provide a clear picture of the emotional impact of receiving a critical text.”

Her research team analyzed the emotional responses of 172 individuals between the ages of 18 and 25, who were given criticism in-person, through text messaging or no feedback at all. The participants were also assessed for trait mindfulness—the ability to focus on the present moment.

“The emotional impact of criticism was strikingly similar for participants in the text message and in-person groups,” says Holtzman, an associate professor in UBC Okanagan’s Irving K. Barber School of Arts and Sciences. “However, participants low on mindfulness, who tend to be more emotionally reactive, reported more hurt feelings when criticism was provided through a text message.”

“Generally speaking, the use of text messaging for providing negative feedback is not necessarily ill-advised. But it is important to remember that not everyone responds to critical text messages in the same way—there are personality differences in how people react,” says Holtzman. “People also tend to be less inhibited when they are texting, and that can lead to worse outcomes.”

Basically, she says don’t say anything in a text message that you wouldn’t be willing to say in-person.

“And when it comes to making amends, our previous research and other studies show that in-person communication is likely best.”

The study, published in Computer in Human Behaviour was supported by funds from the Social Sciences and Humanities Research Council of Canada.