Think big—at least when it comes to global conservation 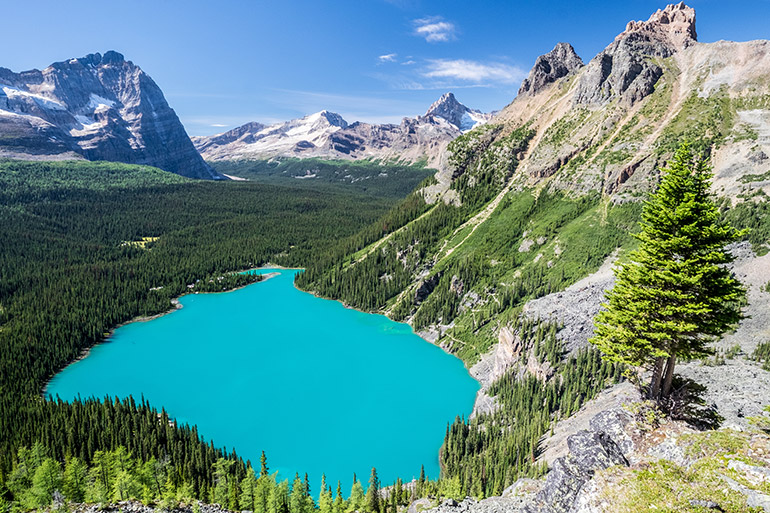 When it comes to freshwater availability, more than 50 per cent of the world’s total water supply is found in only three countries—China, Canada and Kyrgyzstan.

Canada and Russia have the most to lose or gain, say researchers

According to a new article published in Conservation Biology, the potential for large countries to contribute to environmental protection is being overlooked.

The researchers, spanning 13 universities and three countries, were led by UBC Okanagan’s Laura Coristine and Adam T. Ford. They recently examined the leverage an individual country has when it comes to protecting ecosystem values. And they say it isn’t—nor should it be—a level playing field.

“Loss of habitat is currently the single biggest threat to biodiversity and is being driven by an ever-expanding human footprint,” says Coristine. “We asked which countries had the most to contribute to protecting nature and important environmental values.”

Ford, a Canada Research Chair in Wildlife Restoration Ecology, says the researchers calculated the land mass of the world’s countries and then compared this to the availability of ecosystem values. The eight largest countries—Russia, Canada, America, China, Brazil, Australia, India and Argentina—account for 50 per cent of the Earth’s land area. However, those same countries represent barely three per cent of the world’s nations.

“Larger countries accumulate greater amounts of ecosystem values,” says Ford, and so, the power to make decisions that affect the world’s environment — for better or worse — is concentrated in the hands of only a few nations.

For example, when it comes to freshwater availability, Coristine explains that more than 50 per cent of the world’s total water supply (surface and glacier stored) is found in only three countries—China, Canada and Kyrgyzstan. How these countries manage and protect these water supplies matters to the world as a whole.

“The water policies of these three nations control half of the world’s ‘tap’ of water and will have consequences not only for the global persistence of a wide variety of ecosystems,” Coristine says, “but also for global water security.”

The countries that are the largest contributors to the global supply of continental shelf area are Russia, Canada, Australia and the USA. Russia and Canada top the list when it comes to intact wilderness and half of the world’s least impacted lands occur in those two countries.

The authors conclude that the domestic policies of a few nations, including Canada and Russia, can disproportionately influence the global supply of ecosystem values. At the same time, the national policies of these nations can have environmental repercussions for the rest of the world.

“Conservation superpowers—like Canada and Russia—have much greater leverage than we would predict based on their land mass,” says Coristine. “They have tremendous potential to impact global conservation outcomes through accumulation of ecosystem values and through policies that support conservation.”