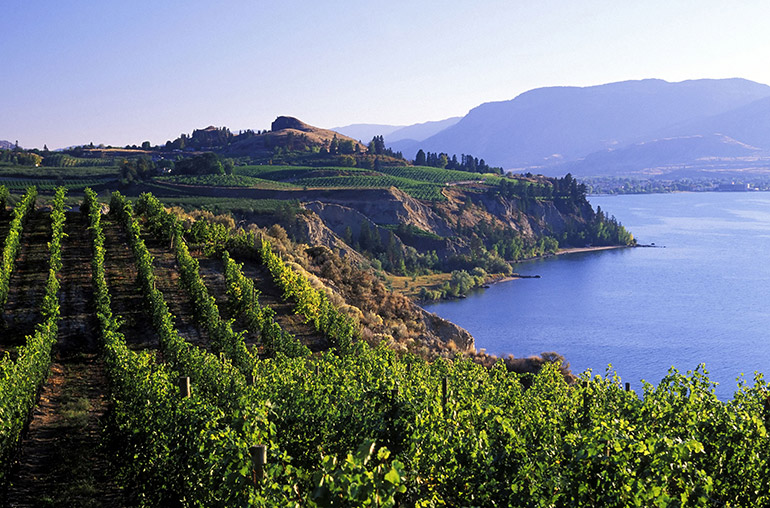 During photosynthesis, plants remove CO2 from the atmosphere. At the same time, the decomposition of dead plant tissue by soil organisms, including bacteria, fungi, earthworms, ants and others, produce CO2 and release it back into the atmosphere.

Carbon dioxide is released during irrigation with lake water

In a new study from UBC’s Okanagan campus, researchers have discovered a surprising new source of carbon dioxide (CO2) emmissions—bicarbonates hidden in the lake water used to irrigate local orchards.

“We have been studying the carbon content of soil for some time,” says Melanie Jones, professor of biology and study lead author. “This large natural carbon store is hugely important in combatting rising atmospheric CO2 levels and it’s essential to understand all the carbon transactions that take place in soil.”

During photosynthesis, plants remove CO2 from the atmosphere and convert it into plant tissue such as roots, leaves, fruit or bark. At the same time, Jones explains, the decomposition of dead plant tissue by soil organisms, including bacteria, fungi, earthworms, ants and others, produce CO2 and release it back into the atmosphere.

Critically, some of the CO2 that was removed from the atmosphere by plants can also be converted into soil organic matter by soil organisms, where it can remain in the soil for hundreds of years,” says Kirsten Hannam, an agroecologist with Agriculture and Agri-Food Canada, and a co-author on the study. “So major research efforts are underway to figure out how to increase soil organic matter content.”

Hannam says greater organic matter in soil has the benefit of sequestering greater atmospheric CO2 and helping to combat climate change while also improving the ability of the soil to grow crops – an outcome she describes as a clear win-win.

As part of this research effort, Jones, Hannam and fellow UBC Okanagan soil scientist Andrew Midwood have been analyzing the chemical forms of CO2 that leave the soil surface during irrigation.

Working in a drip-irrigated apple orchard, the study involved continuous measurement of air coming from dynamic soil respiration chambers placed in the orchard. This allowed for high-frequency monitoring of the soil surface and air. The tests were repeated with different water supplies, using irrigation water or de-ionized water, and the results were remarkably different.

“It turns out that some of the CO2 released after irrigation comes from the natural salts—bicarbonates—dissolved in water from Okanagan Lake as it is applied to the soil,” says Midwood. “It’s a process we had not considered until we noticed some unusual results when we traced the source of the CO2.”

Midwood is quick to point out that understanding the processes that drive the release of CO2 from the soil is essential in combatting rising atmospheric greenhouse gases.

“This is a natural process,” says Hannam. “Our results have to be considered in a broader context. Irrigation is essential to fruit production in the Okanagan Valley. Along with causing the release of CO2, from bicarbonates in the water, irrigation is also promoting the removal of CO2 from the atmosphere by encouraging plant growth. It’s a balance and to understand the balance, you need to know all the component parts.”

Their research has practical applications for any agriculture-based community in any arid region, especially if the main source of irrigation is from an alkaline lake. As irrigation needs to expand across arid and semi-arid regions, CO2 emissions originating from irrigation water may climb.

Their work was funded by Agriculture and Agri-Food Canada’s, Agricultural Greenhouse Gases Program and was recently published in Geoderma.