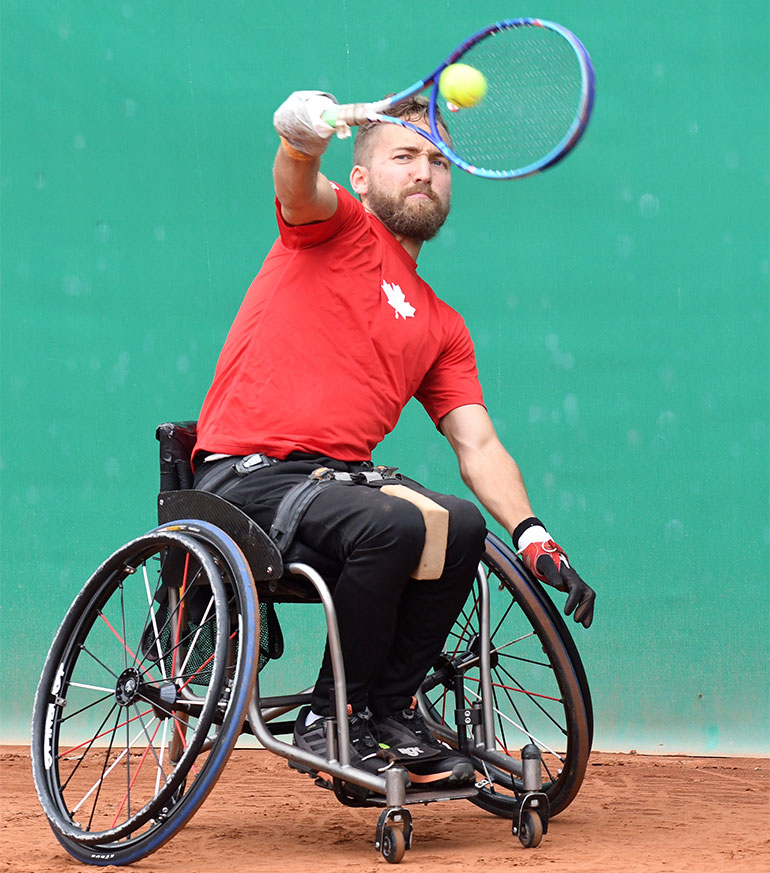 Shaw is the first-ever Parapan American Quad-tennis champion and the first Canadian tennis player to a win a singles medal at a multi-sport games.

“This is definitely the biggest win so far of my career if you consider the magnitude of the stage and the number of fans in the crowd,” says Shaw a doctoral student in UBC Okanagan’s Faculty of Health and Social Development.

He adds that he’s had bigger emotional wins, but as far as a complete package, winning a gold medal is as big as it gets. 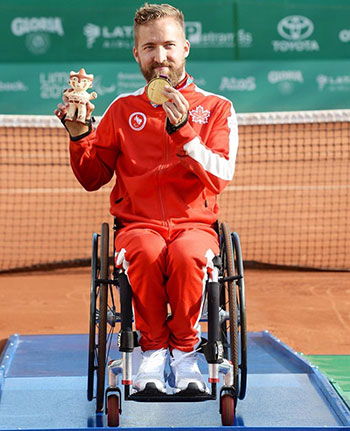 Rob Shaw is the first-ever Parapan American Quad-tennis champion and the first Canadian tennis player to a win a singles medal at a multi-sport games.

“I have experienced firsthand the benefits of peer mentorship as both a mentee and mentor,” he says. “This personal knowledge drives my passion for investigating how to maximize the effectiveness of this service.”

Martin Ginis, a professor with the Faculty of Medicine and the School of Health and Exercise Sciences, says Shaw is an outstanding student-athlete and a recognized leader within the spinal cord injury community and beyond.

“I am absolutely thrilled for Rob,” she says. “He is truly a difference-maker—on the court, in our lab, and in the community. We are cheering him all the way.”

Shaw is the highest-ranked member of the Canadian wheelchair tennis team, ranking ninth in the world and is the reigning four-time national quad singles champion. In addition to completing his doctoral degree, Shaw has his sights set on qualifying for the Tokyo 2020 Paralympics.