Skip to main content Skip to main navigation Skip to page-level navigation Go to the Disability Resource Centre Website Go to the DRC Booking Accommodation Portal Go to the Inclusive Technology Lab Website
UBC Okanagan News
Home / 2020 / February / 25 / When it comes to conservation, ditch the ‘canary in the coal mine’
Research

When it comes to conservation, ditch the ‘canary in the coal mine’ 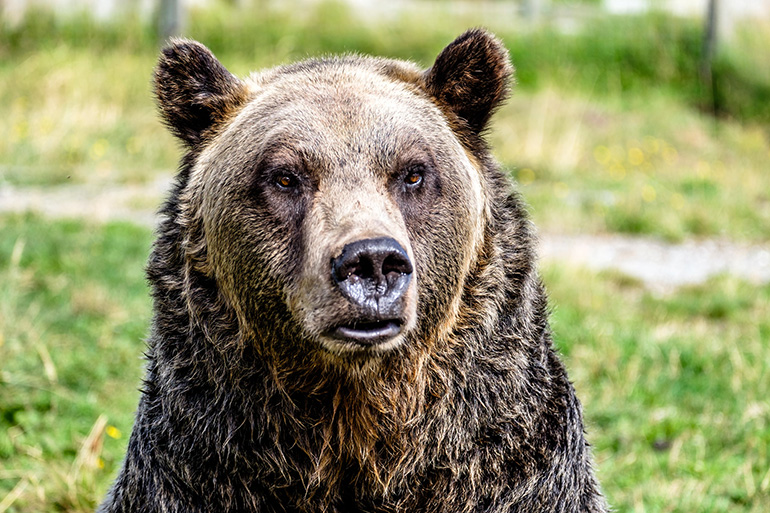 UBC Okanagan researcher argues against relying only on charismatic species the like grizzly bear for gauging habitat health.

With habitat loss threatening the extinction of an ever-growing number of species around the world, many wildlife advocates and conservation professionals rely on the proverbial ‘canary in the coal mine’—monitoring and protecting a single representative species—to maintain healthy wildlife biodiversity.

But new research from UBC’s Okanagan campus suggests that habitats are better served if conservation efforts focus on a collection of species rather than a single ‘canary.’

“Efforts around the world are going into countering a decline in biodiversity,” says Adam Ford, study author and Canada Research Chair in Wildlife Restoration Ecology at UBC Okanagan. “While we would love to be able to protect all habitats for all species, organizations tend to focus their efforts on a few species and not everyone shares the same priorities.”

That, he says, is where the idea of surrogate species—or the canary in the coal mine—comes into play. But it’s not without its drawbacks.

“The problem with surrogate species is that people rarely agree on which species that should be,” says Ford. “And there is a tendency to favour charismatic species like grizzly bears and wolves, over lesser-known but equally-important species. These preferences are deeply rooted in cultural norms.”

To address that imbalance in selecting surrogate species, Ford and his team began looking at how to group species together to present a more objective and representative sample of the habitats that need protecting.

By combing through a public dataset of over 1,000 species and 64 habitats in British Columbia, they were able to compare the surrogacy value of each species—a numerical score based on the association of two species through their use of shared habitats.

They found that a mixture of five to 10 game and non-game species offered the best value as surrogates for biodiversity conservation.

“We discovered what we called an ‘all-star’ team of species for each of the province’s nine wildlife management units, as well as an all-star team for the province as a whole,” says Sarah Falconer, graduate student at Laurentian University and study co-author. “Our findings suggest that if we commit to preserving these collections of species rather than just the charismatic megafauna, we’re likely to achieve much better conservation outcomes.”

Ford is quick to point out that the mixture of game and non-game species in their all-star teams mean that seemingly disparate groups, ranging from hunters to bird-watchers to hikers, have a vested interest in working together to protect each of their species for the benefit of all.

“Perhaps we should not be focusing on figuring out which species is the best conservation surrogate, but which groups of species bring the most people together to protect the most biodiversity,” he says.

The study was published recently in the Canadian Journal of Zoology with funding from the Canada Foundation for Innovation, the National Sciences and Engineering Research Council and the Canada Research Chairs program.