Want to come up with a creative idea? Here’s how. 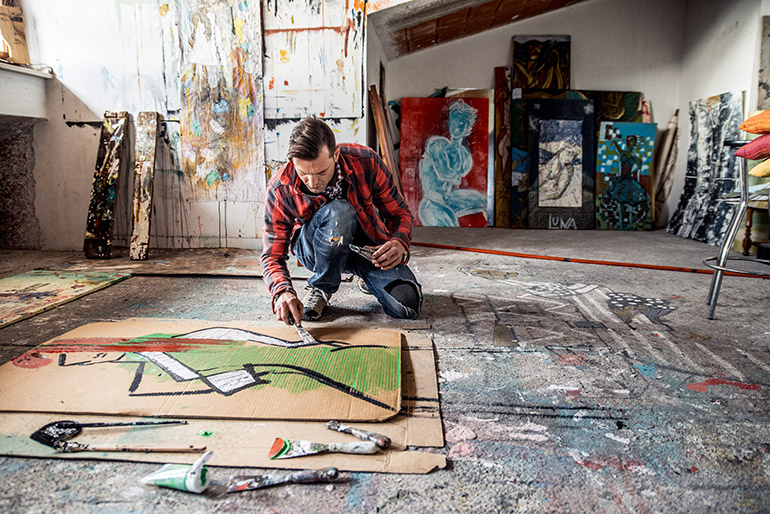 Lots of people are using creative ideas like painting to keep busy during times of self-isolation and social distancing.

A new study from UBC’s Okanagan campus is shedding light into how human creativity works and how novel ideas are formed—something the study’s researchers say is becoming increasingly important.

But how do people come up with these innovative solutions?

The creative process has long been believed to involve searching memory and generating multiple independent ‘candidate’ ideas, followed by selection and refinement of the most promising. But Gabora suspects something else is happening during the creative process.

This theory, referred to as honing theory, grew out of the neuroscience of how memories are encoded and retrieved, and by studying mathematical models of concept combinations and interactions.

“We are constantly re-organizing our internal webs of knowledge and memory,” explains Gabora. “When we retrieve an item in a new context, it can generate emergent properties that are neither properties of the memory, nor of the context; they emerge as something totally new when the two combine.”

Gabora points to the invention of the kitchen island as an example.

Gabora says to truly understand how the creative process works, one has to study the states of creative ideas midway through the creative process. She and four undergraduate researchers at UBCO recently conducted studies that did just that—publishing their results in Acta Psychologica.

Gabora and her team conducted two studies to test her theory. In the first, participants were interrupted midway through solving an analogy problem, writing down what they were thinking in terms of a solution. In the second, participants were instructed to create a painting that expressed their true essence and describe how they conceived of it.

For both studies, unbiased judges categorized responses as supportive of either the conventional or honing theory view.

To Gabora’s delight, the results were most consistent with honing theory, providing further evidence that her research is on the right track.

“This is exciting because having a deeper understanding of how the creative process works psychologically can greatly benefit society moving forward,” she says.

Gabora adds that during times of rapid change such as a pandemic, understanding the creative process is more important than ever.

“A key step is appreciating how each person’s uniqueness gives them a potential to create in ways that are uniquely theirs. Whether it’s creating a new kind of robot, making a new delicious kind of sourdough bread or writing country music’s next big hit—our potential is endless.”