Grizzlies change habits to coexist with people—but is it enough? 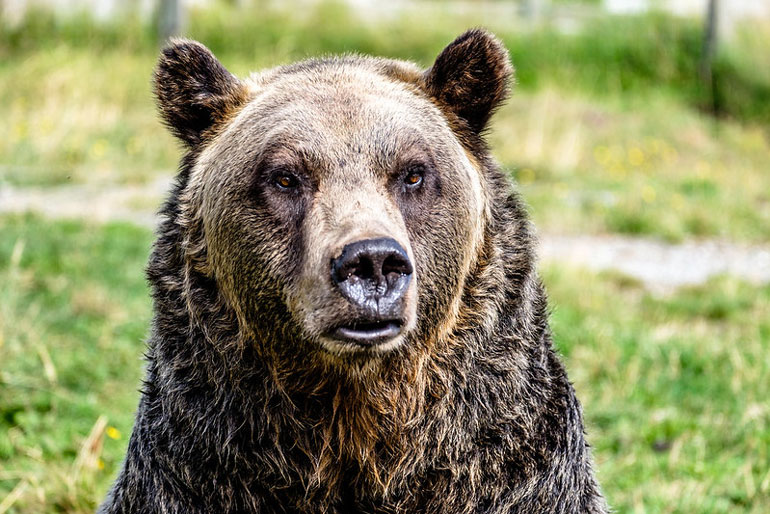 Researchers have determined that bear populations near people need two things to survive—adaptive behaviour to become nocturnal and immigrant bears moving into their region.

A study published this week looks at 40 years of data following the fate of more than 2,500 grizzly bears in BC. Researchers learned that bear populations living near people depend on other bears ‘immigrating’ from adjacent wilderness areas to sustain population numbers. And the bears need to change their behaviour, becoming nocturnal, to avoid conflict with humans.

Unfortunately, this adaptation takes time and many bears die before they learn to live with people, says study author Clayton Lamb, a Liber Ero post-doctoral fellow at UBC Okanagan’s campus.

“Human coexistence with large carnivores poses one of the greatest conservation challenges of our time,” says Lamb. “Bears that live near people are actively engaging in nocturnal behaviour to increase their own survival and reduce conflicts with people, but this is often not enough to sustain the population. These populations rely on a ‘lifeline’ of immigrants from nearby areas with low human impact.”

Lamb, who conducted some of this research while a doctoral student at the University of Alberta, works with Adam Ford, an assistant professor in biology at UBCO and principal investigator in the Wildlife Restoration Ecology (WiRE) lab. Researchers in the WiRE lab bridge the gap between applied and theoretical science to support new ideas in ecology and decision making. Ways to better coexist with wildlife is a key contribution from WiRE researchers.

While carnivores pose a real and perceived threat to people and property, Ford says, humans are genuinely fascinated by them.

“This creates a profound tension in conservation,” Ford adds. “How can people and carnivores coexist?”

Ford says when coexistence does occur, success is often attributed to the role of people acting to reduce human-caused mortality. However, evidence suggests the bears themselves also play a role.

“Bears in human-dominated areas increased their nocturnal behaviour by two to three per cent past their third year of age and this led to a two to three per cent increase in survival rates each year,” Ford says. “In wilderness areas we detected no significant age-related shift in bear nocturnality, suggesting that humans are inducing the bears to change their habits.”

Lamb says social tolerance for carnivores along with creative solutions for coexistence are on the upswing. Reducing human influence at night can restore carnivore movement and wildlife highway crossings can increase carnivore survival and connectivity without interfering with human transportation.

However, the current mortality rates are far too great to maintain existing bear populations without immigration. There’s a lot of dead bears, Lamb says, and survival is quite low for bears living near people, especially if they are young.

“There are two outcomes for young animals in landscapes of coexistence—adapt to people by becoming more nocturnal or die because of people,” he says. “Although it sounds bleak, grizzly bear populations are currently sustaining themselves near people in many places, and even increasing. Key examples include range expansions in southwest Alberta and the eastern Okanagan near Big White. But if we were to double the human population in BC or halve the wilderness areas, this balancing act of populations sustaining themselves with wilderness immigrants might collapse.”