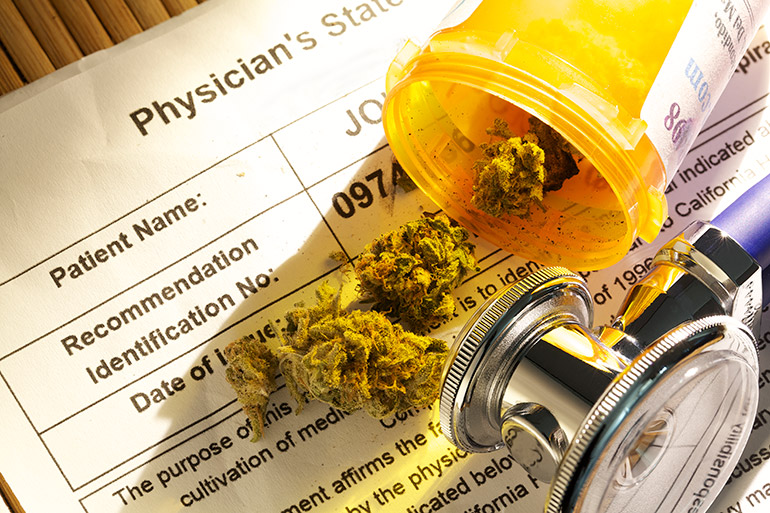 Unlike opioids, long-term cannabis use does not increase sensitivity to pain

Doctoral student Michelle St. Pierre, who conducts research in the psychology department at UBC Okanagan, recently published a study looking for differences in pain tolerance of people who frequently use cannabis compared to those who don’t.

“Recent years have seen an increase in the adoption of cannabinoid medicines, which have demonstrated effectiveness for the treatment of chronic pain,” says St. Pierre. “However, the extent to which frequent cannabis use influences sensitivity to acute pain has not been systematically examined.”

Interest in the use of cannabinoids to help with chronic pain relief has accelerated over the past decade, St. Pierre explains, noting that a recent survey of medical cannabis patients reported that more than half used cannabis for pain relief. That’s despite recent reviews which suggest the effectiveness of cannabinoid therapies for chronic pain is mixed.

“This study should come as good news to patients who are already using cannabis to treat pain,” says co-author Zach Walsh, who leads the UBC Therapeutic Recreational and Problematic Substance Use Lab which hosted the study. “Increases in pain sensitivity with opioids can really complicate an already tough situation; given increasing uptake of cannabis-based pain medications it’s a relief that we didn’t identify a similar pattern with cannabinoids.”

St. Pierre’s study explored differences in measures of pain intensity and tolerance. The authors speculated that people who report frequent cannabis use would demonstrate greater experimental pain sensitivity but instead found no differences.

“There is a different effect from opioid users; sustained use of opioids can make people more reactive to pain. We wanted to determine if there was a similar trend for people who use cannabis frequently,” says St. Pierre. “Cannabis and opioids share some of the same pain-relief pathways and have both been associated with increases in pain sensitivity following acute use.”

The analgesic effects of cannabis have been proposed to engage some of the similar brainstem circuitry to those of opioids. However, the extent to which cannabinoids induce hyperalgesia has not been determined.

For her study, St. Pierre recruited volunteers who used cannabis more than three times a week and people who didn’t use it at all. Study participants were subjected to a cold-pressor task test, where they submerged a hand and forearm in icy water for a sustained amount of time.

What they determined was that cannabis use doesn’t carry the same risk for hyperalgesia that opioid use does, she adds.

“Our results suggest frequent cannabis use did not seem to be associated with elevated sensitivity to experimental pain in a manner that can occur in opioid therapy,” she says. “This is an important distinction that care providers and patients should consider when selecting options for pain management. These findings are particularly relevant in light of recent reports of opioid overprescribing and high rates of pain in the population, as it suggests that cannabis may not carry the same risk of hyperalgesia as opioids.”

St. Pierre’s study was recently published in the Clinical Journal of Pain.