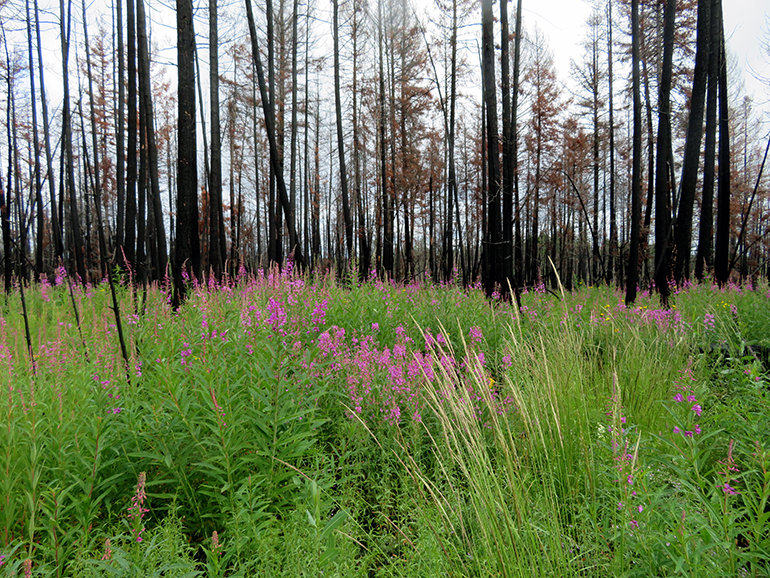 Landscape left untouched after a wildfire can regenerate and create protective cover for red squirrels and the snowshoe hare, and important species like coyotes, lynx, bobcats and owls depend on it to survive. Photo credit Angelina Kelly.

New research from UBC Okanagan shows that salvage logging on land damaged by wildfires has negative impacts on a variety of animals.

Wildfires have been increasing in prevalence and severity in recent decades, Hodges says, and salvaging trees after a fire is a common practice. However, the scale and intensity of post-fire logging removes important regenerating habitat for a variety of forest species.

“When trees are removed from a newly burned landscape, birds and mammals lose the last remnants of habitat,” she adds. “Salvage logging decreases forest biodiversity and changes ecological processes of post-fire forest regeneration. Mosaics of regenerating forest are changed through the removal of standing and downed trees, which would naturally remain on the landscape following fire.”

“Salvage logging is often done urgently as harvesters attempt to get burned timber to market before the wood deteriorates,” she says. “Salvage logging is also done at larger scales and intensities than a standard harvest. This post-fire harvest means wildlife species that can manage after a wildfire do not rebound as quickly from this second disturbance.”

The research led by master’s student Angelina Kelly studied populations of snowshoe hares and red squirrels in post-fire and salvage-logged areas of the Chilcotin—an area severely impacted by wildfires in 2010 and 2017. Hares and squirrels are important species because predators such as coyote, bobcats, marten, lynx, goshawks and great horned owls rely on them to survive.

“The main concern of a snowshoe hare is to avoid predators. Hares select stands with protective vegetation cover and avoid open areas like clearcuts—even if those areas provide food,” says Kelly. “Because of their need for vegetative cover, snowshoe hare populations decrease immediately following fires, clearcut logging or salvage logging.”

Their study area, about 32,000 hectares on the eastern edge of the Chilcotin Plateau, was ravaged by wildfire in 2017. While looking for evidence of hares and squirrels, the researchers also conducted vegetation surveys to quantify important habitat attributes in mature forests, burned forest and areas where salvage logging had taken place.

This loss of prey species contributes to declines in forest predators such as lynx, marten and owls, as Hodges and her team have documented in this region and other studies.

Hodges and Kelly stress that any trees or vegetation left after a wildfire are critical for wildlife immediately after a fire, and promote a healthy mosaic of post-fire habitat. Residual trees facilitate regeneration of burned areas, while also supporting wildlife.

Their research was published recently in Forest Ecology and Management, and was funded by grants from the Habitat Conservation Trust Foundation and the Natural Sciences and Engineering Research Council of Canada. 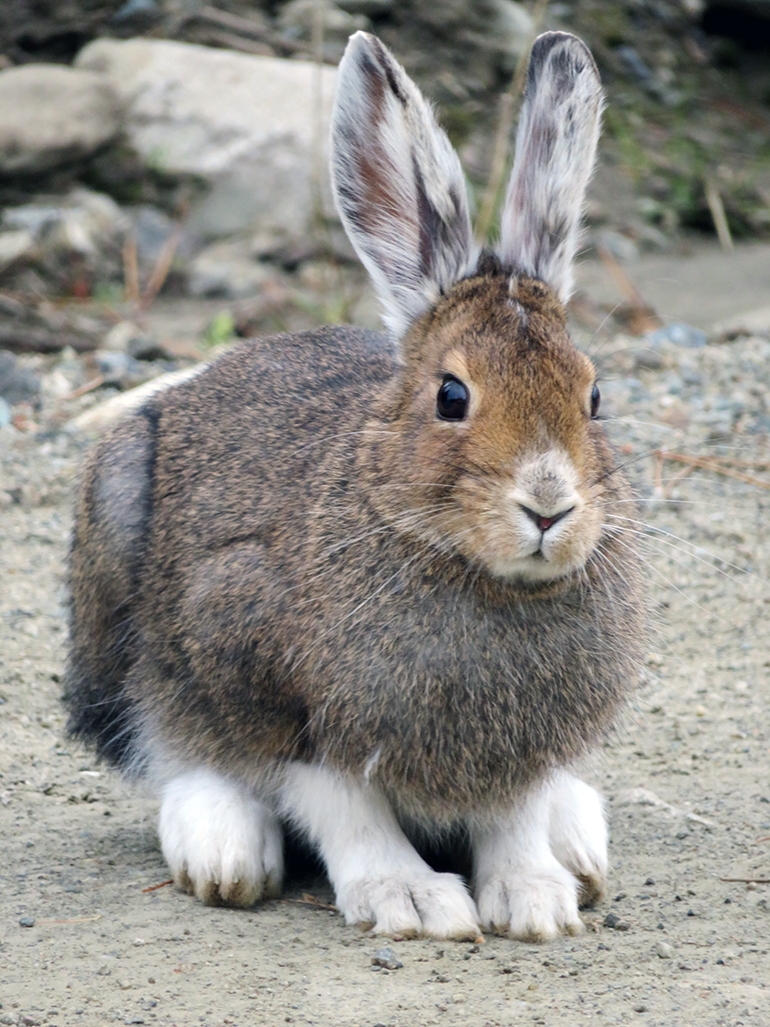