Letting nature take its course may be the best advice for nursing mothers, according to researchers from UBC Okanagan. Their findings show taking fish oil supplements while nursing may not be beneficial and may even negatively impact babies’ immunity.

The study, published in the ISME Journal, is the first to investigate the impacts of fish oil supplementation on the composition of breast milk and infant gut bacteria. 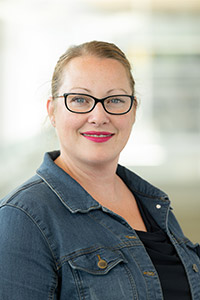 “While maternal fish oil supplementation is widely believed to support infant health, the effect on gut microbiology is relatively unknown,” says senior author Deanna Gibson, an associate professor of biology in the Irving K. Barber Faculty of Science. “We demonstrated that supplementation corresponded with an increase in breast milk fats but a decrease in the immune-protective components of the milk. We also observed a change in infant gut microbiology—away from the bacteria normally present.”

For the study, Gibson and the research team evaluated 91 women and their babies; half took daily doses of fish oil while the other half did not supplement. Breast milk samples, infant stools and immune function markers were compared between the two groups.

Women who took supplements had a higher ratio of omega-3 fatty acids but lower protective molecules, such as antibodies, in their breast milk. The supplemented infants had a lower diversity of bacteria in their stools, something that is considered negative.

“We showed that fish oil supplementation decreases the critically important defence factors of breast milk, one of the only sources of immunity infants get during early life,” says former doctoral student and study co-author, Candice Quin. “We also showed that increased fatty acids in breast milk as a result of supplementation was associated with an altered composition of infant gut bacteria, both in numbers and diversity.”

“This is a change that could result in infection risk for the infant,” she warns.

With these findings in mind, Gibson cautions that the practice of prenatal fish oil supplementation may induce long-term dysfunctional gut immunity.

For more information about this study, visit Gibson’s blog.

Quin’s work was supported by funds from the Canadian Association of Gastroenterology and the Canadian Institute of Health Research. Gibson was supported by the Bill and Melinda Gates Foundation, Crohn’s and Colitis Canada and the Natural Sciences and Engineering Research Council of Canada.