Doctoral candidate Michelle St. Pierre is on a mission to reform drug policy and revolutionize psychological healing by exploring the therapeutic potential of cannabis and psychedelics. 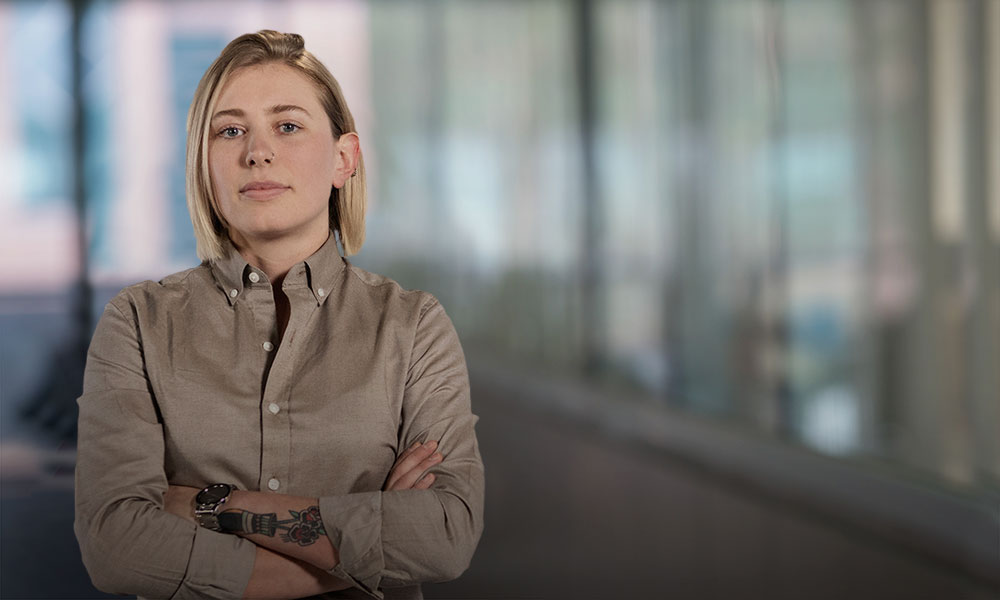 “Many drug policies across Canada harm people more than the drugs themselves, so it’s time we come together and rethink the ways we regulate drugs in this country.”

FOR YEARS, MICHELLE ST. PIERRE THOUGHT she knew everything she needed to know about drugs.

Growing up in a fairly strict household and being heavily influenced by conservative grandparents, she was taught from a young age what she believed to be a simple truth: drugs are bad.

That is, until her father began using medical cannabis when she was a teenager, creating an internal struggle for St. Pierre and leading her to question if everything she’d learned about drug use was true.

“I was actually quite negatively affected by the perception that my dad was using a terrible substance. I remember thinking it was deplorable behaviour,” recalls St. Pierre.

It wasn’t until she was 20 years old, and ready to try cannabis for the first time, that her mind began to change. “My dad gave me some to try, and that was the first time I thought, hey, this stuff isn’t terrible,” she says.

“I remember feeling confused because my education up until that point had always warned me about drugs, so I sort of had this reckoning where I realized, hold on, why is it that everything I’ve been told is so different from my personal experiences? I was really trying to reconcile that as a young person.”

During this time, St. Pierre was working full-time and taking a psychology course at Okanagan College to keep busy. With a new interest in cannabis, its benefits, and Canadian drug policy, she was excited when she heard about a community lecture by Dr. Zach Walsh in 2014.

“I wasn’t using cannabis that much at the time, but my views had begun shifting, so I really wanted to learn more,” she says. By the end of Dr. Walsh’s presentation, St. Pierre was sold.

“I knew I needed to work with him. Dr. Walsh said what I was starting to believe — that people had been using this stuff for millennia and it was really helping them. What I had been told for most of my life about cannabis wasn’t true, and the policies didn’t reflect the actual therapeutic benefits of it.”

Inspired, St. Pierre left her full-time job, transferred into the Irving K. Barber Faculty of Arts and Social Sciences’ psychology program at UBC Okanagan, and ended up right where she wanted to be — a student in one of Dr. Walsh’s undergraduate courses.

“As a clinician, I get the hands-on experience of treating clients using talk therapy as the modality of healing. While traditional therapy can be immensely helpful for many, it’s been interesting to see first-hand how some clients need more than that, and that’s where my role as a researcher comes in. Cannabis and psychedelics are tools that clinicians are beginning to use to help people heal themselves in ways they maybe haven’t been able to before, so it’s important we really understand their therapeutic benefits,” she explains.

St. Pierre works in Dr. Walsh’s lab and is currently contributing to a number of projects that look at how people use substances — therapeutically, recreationally or problematically — and what effects those usages have on their mental health.

“For a long time, the research on this had been minimal — a tiny slice of a large pie is really all of the research that’s been done in this area over the past 50 years, so we’re trying to fill in the rest of that pie,” she says. 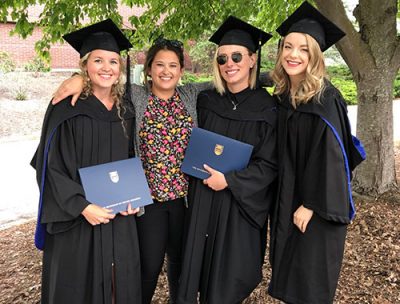 “As we look at all of the potential outcomes of use, we generate a lot of new research questions because there’s such little research on therapeutic use of psychedelics and how people use them, so from there we can design our studies accordingly. That’s really where I hope to take this; I hope to understand how we can best use substances for healing.”

St. Pierre is the humble recipient of numerous awards, honours and funding, including the 2016 UBC Finch Family Graduate Award and the 2018 Vanier Canada Graduate Scholarship. Both were received largely for her leadership in on-campus drug advocacy work, including organizing the campus’ first naloxone administration workshop and organizing several expert speakers who visited campus to present groundbreaking cannabis and psychedelic research.

“It all seems so mainstream now, but back when I held the naloxone clinics and brought in experts it wasn’t something that was being done,” she explains. “Now, UBCO Campus Health holds their own naloxone training sessions, so it’s been amazing to see the evolution of acceptance in a short timeframe.”

St. Pierre’s awards and scholarships also provided her the opportunity to attend a special session of the United Nations’ general assembly on the world drug problem.

“I was there when former Health Minister Jane Philpott announced to the world that Canada was going to legalize cannabis, and I remember the announcement being perceived as so revolutionary by the rest of the world,” recalls St. Pierre, adding that despite Canada’s progressiveness as a nation, there’s still much work to do on the local level.

“People may be scared to call for help on campus because they fear the stigma or potential consequences of being caught with drugs — it’s this weird paradox because we’ve come so far as a country yet there are so many problems we haven’t solved. I think that realization is what gave me this feeling that maybe I could affect change even on a local level, and as naïve as it may sound, I’m going to continue to work towards that.”

St. Pierre is a recent recipient of UBC Okanagan’s prestigious Researcher of the Year award — an honour also awarded to her mentor Dr. Walsh in 2020.

Though she’s flattered to receive the award, she’s hoping the spotlight remains on the research itself. 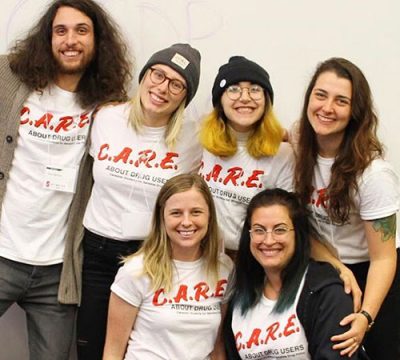 St. Pierre with fellow Canadian Students for Sensible Drug Policy National Board Members at the 2018 Stimulus Conference in Edmonton, Alberta.

“My research is something I’m so passionate about, so being recognized by the university is a major honour,” she says. “There’s a lot of work left to do, but the thought of getting to a point where we genuinely understand the healing potential of these medicines is so exciting to me.”

St. Pierre says she’s most proud of her on-campus drug policy work. “Being able to take what I was learning in class and applying that to advocating university administration for drug policy reform was really empowering for me.

“My student colleagues and I were the first people on campus to hand out drug-testing kits, we hosted a cannabis event where we asked our peers what kinds of cannabis policies they wanted to see on campus when it was legalized, and we worked with multiple student councils to try and get health coverage for medical cannabis through the student health plan. It was a really exciting time and it taught me that maybe I could effect change.”

St. Pierre is beginning to research organizations to apply to for her one-year internship before her expected graduation in 2022.

“I’m a health psychologist by training, so I’ll be looking for an internship site that’s focused on health psychology — possibly a site that offers substance use treatment or pain management services,” she explains.

“I’m here because Zach is here, and I think working with him throughout my entire academic career, that consistency, is what allowed us to do a lot of great work together,” says St. Pierre.

“We’re actually just writing a publication for a clinical trial that began when I was an undergrad, so I was a volunteer on the project and worked up to being an author on the paper over the past eight years, which is pretty neat. Also, it sounds like there’s going to be work at psychedelic psychotherapy clinics opening up in the region, so those may certainly pull me back here if there are opportunities for half-time research, half-time clinic health psychologists.”

As she looks to the future, St. Pierre’s position on drug policy remains firm: we can do better.

While she gives credit to the Canadian government for making progress over the past few years, she continues to advocate for change on local and national levels.

“Many drug policies across Canada harm people more than the drugs themselves, so it’s time we come together and rethink the ways we regulate drugs in this country.”