Michelle St. Pierre has been named UBC Okanagan’s student researcher of the year. A student in psychology studying under Dr. Zach Walsh in the Irving K. Barber Faculty of Arts and Social Sciences, St. Pierre completed an honours thesis and her master’s at the Okanagan campus before beginning her doctoral work.

Her research has made international headlines and, as the founder of UBC Okanagan’s chapter of Canadian Students for Sensible Drug Policy, St. Pierre is hoping to change the conversation when it comes to the therapeutic use of what are considered illicit drugs.

Lately, her research has focused on the use of psychedelic drugs. She explains how they have an important and legitimate role to play when it comes to curbing intimate partner violence and helping other people deal with pain management.

For decades, psychedelic drugs have been vilified in the media and by society. But your current research explores the potential of psychedelic therapies. Will research like yours change the tide of misconception?

It’s been amazing to see how public perception of psychedelics has evolved in the short time since I began researching them in 2015 as an undergraduate student. Our research was some of the first to show that, unlike other substances such as alcohol, psychedelic use was associated with a lower prevalence of domestic violence. This finding went against the war on drugs propaganda, which vilifies psychedelics and classifies them as harmful substances with little to no medical benefit.

Fast forward six years and societal acceptance of psychedelics seem to be outpacing research. It’s an exciting time to begin a research career with the landscape becoming more accepting. I plan on continuing to challenge the assumptions we have by conducting rigorous research on the legitimate effects of psychedelic use in humans.

Your earlier research examined the use of cannabis and the relationship with acute pain. What were your findings?

Yes, my master’s thesis examined pain tolerance in people who frequently use cannabis compared to those who don’t. Unlike with opioid medications, my study didn’t see an increase in pain sensitivity among those regularly using cannabis. This is good news for folks who are already using cannabis to treat their pain.

These findings ended up generating more questions for me around the mechanism of the pain-relieving effects of cannabis. I designed a study to build on these results, but it was put on hold due to COVID-19. I’m looking forward to exploring the relationship between cannabis and pain in the coming years.

Psychedelic drugs are considered non-addictive. Is that why they might be considered helpful for treating individuals with chronic conditions?

Psychedelics have an extremely low risk of toxicity and a sort-of built-in anti-addiction mechanism due to the rapid tolerance that humans develop from repeated dosing of what we call “classic psychedelics” including magic mushrooms, acid and ayahuasca.

In contrast to widely used prescription medications like selective serotonin reuptake inhibitors (SSRIs) such as Prozac, the therapeutic effects of psychedelics appear to manifest from very few doses used in conjunction with talk therapy. Prior research has largely focused on a few doses over several weeks.

Additionally, our lab is conducting one of the largest “micro-dosing” studies to date, which uses a sub-perceptual dose of psychedelics. But even with this near-daily dosing, we don’t see similar physical dependence as we might with something like an opioid.

Regardless of scientific research, there are still barriers and access issues when it comes to the use of psychedelics for therapy. Can you see this changing in the near future?

Absolutely — it’s happening right in front of my eyes! Due to the illegal status of psychedelics for the last 30-plus years, these therapies have been more accessible to people with privilege. I feel that one of the most critical issues moving forward is ensuring that psychedelic-assisted therapy is accessible for all people. The use of psychedelics for healing has its origins in Indigenous knowledge. As psychedelic-assisted therapies proliferate we can’t lose sight of where these remedies come from. 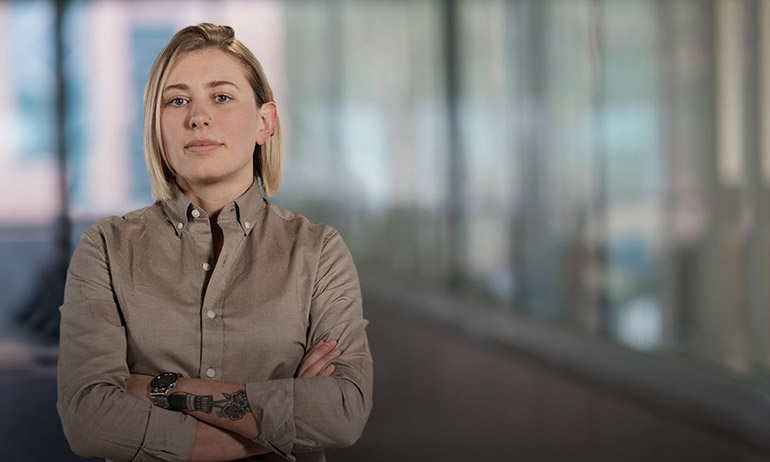