A Path to Cultural Safety 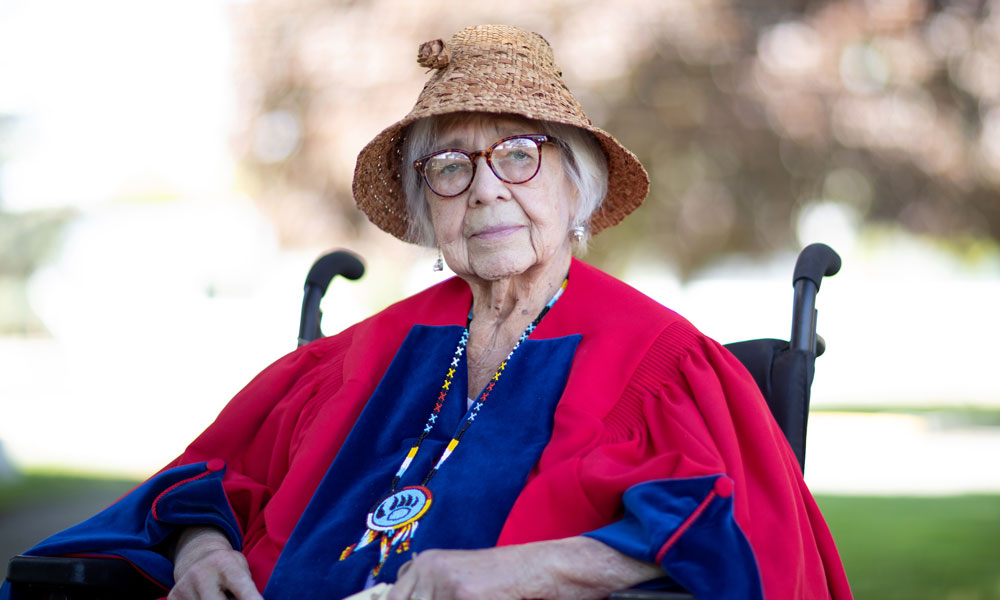 IT WAS INEQUITY THAT INITIATED THE QUESTIONS IN HER MIND. In her role as an advanced diabetes nurse specialist, Dr. Donna Kurtz wanted to know why so many Indigenous people were living with diabetes and not getting the help they needed.

In her current position as an associate professor and Indigenous health liaison with the UBC Okanagan School of Nursing, Dr. Kurtz is reflecting on the origins of how she—along with others—started writing cultural safety courses 15 years ago while completing her PhD research. 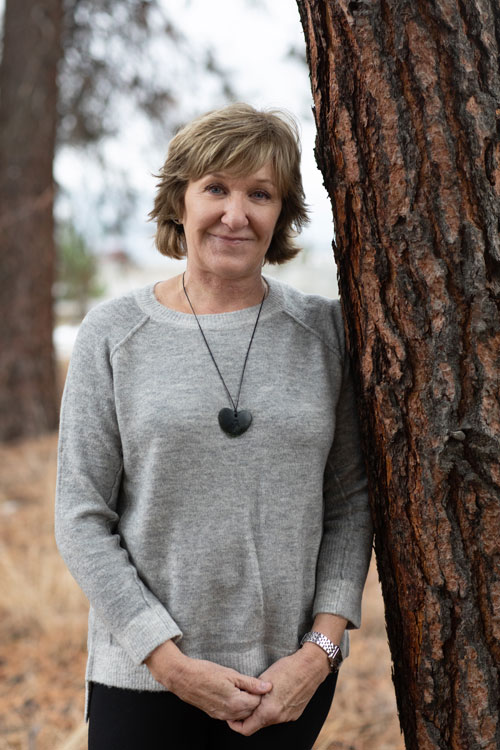 Through her doctoral studies, Dr. Kurtz used Indigenous methodologies and worked with Indigenous peoples to learn what their overall health concerns were and how to address them. The intent was decolonization, or as Dr. Kurtz explains: “Acknowledging Western knowledge but always ensuring that Indigenous ways of knowing and voice came first.

“I am Métis, which I didn’t learn about for a long time because my mom was told not to talk about it,” explains Dr. Kurtz, a former Chair of the International Network of Indigenous Health Promotion Professionals. Her upcoming research on anti-racist, non-discriminatory health-care policy change will extend to Australia (Federation University Mt. Helen) and New Zealand (Whakauae Research Services).

“When I was doing my PhD I began to better understand that the main barriers to health and wellness of Indigenous people were racism, discrimination, colonialism, silencing and exclusion of Indigenous people, not only in health care but also in education systems and society in general.”

Determined to change the healthcare system to better support Indigenous people, Dr. Kurtz continues to have the honour of working with, learning from and walking alongside Shuswap Elder Jessie Nyberg. Nyberg was recently awarded an honorary Doctor of Laws degree from the University of British Columbia recognizing her extensive work as a traditional Indigenous and academic scholar as well as a visionary leader.

“In our research we use Talking Circles. And because the people we joined knew Elder Jessie and trusted her, they opened up. Men were invited but no men joined. It was Indigenous women from across Canada living in urban areas, who shared their stories about discrimination, racism, structural violence, stigma, being ignored, being silenced, and being abused within the health-care system that led us along the way,” says Dr. Kurtz.

Elder Nyberg, who practiced as a registered nurse for 44 years before retiring, was an adjunct professor at UBC and also received a Queen’s Diamond Jubilee medal for her ongoing advocacy and human rights work for and with Indigenous people. She understood first-hand the shattering effects of discrimination within the health-care system.

“I’ve had patients who said: ‘I don’t want that dirty rotten Indian taking care of me.’ But you can’t just walk away,” says Nyberg, who has steadfastly fought blatant racism within the health-care system her entire career.

In the 1960s, when Nyberg began working as a registered nurse, she explains how: “Any Indian child that was admitted to hospital was automatically assumed to have lice. So their hair was cut and head washed with Kwelada—a toxic chemical now proven to cause cancer—without the consent of their parents or caregiver.”

“I went to the head nurse and the supervisor and they said, ‘Oh, you have to go to the quality improvement committee.’ I almost had to do a research project about the chemical in Kwelada and what it would do. And then of course there was the mental health of the child and their parents; in many Nations hair is so important, because it is linked to identity.”

Fifty years later, Nyberg continues to fight. And while the hair of Indigenous children is no longer cut upon admittance, the negative effects of racism in our health-care system persist.

“Over the years, I would talk with my peers and they would be very racist,” says Nyberg. “And when I finally got up the courage to speak up and say, ‘Hey, this is what you are saying and this is what it is doing to me,’ probably nine times out of ten they didn’t realize what they were saying and doing. It was because of their lack of knowledge. And it’s not just us; anyone that has dark skin can have assumptions made about them and experience racism and prejudice.”

In 2005, using Indigenous principles of learning, Dr. Kurtz, Nyberg and Shawna Whitney, an Indigenous nurse educator from the BC Centre for Disease Control, developed a cultural safety course curriculum for UBC undergraduate students. A few years later further funding was received by Dr. Joan Bottorff from the School of Nursing, through the Aboriginal Health Human Resources Initiative (AHHRI).

Cultural Safety Curriculum at the UBC Okanagan School of Nursing

Bachelor of Science in Nursing

The modules are co-taught to all third-year Bachelor of Science in Nursing students by Elders Pamela and Grouse Barnes (Westbank First Nation), local Elders and nursing faculty. In addition, an Indigenous Health Cultural Safety course is taught by Elders Chris and Eric, local Elders and nursing faculty. This course incorporates the modules and is offered to students across campus.

In 2008 the first cohort of nursing students went through the course. Today, almost 3,000 individuals have completed it as the UBC Okanagan School of Nursing continues to maintain its commitment to Indigenous initiatives.

“It was listening to the stories of the women who participated in the research during and since my PhD that led us along the way,” shares Dr. Kurtz, “And within that relationship with women as co-researchers, we maintained a commitment to Indigenous methodology and respectful and ethical community engagement. It’s a lifelong reciprocal relationship. The women said right from the get-go and before they signed their consent to participate, ‘We don’t want this research to sit on the shelf and do nothing. It must be used to teach others about Indigenous peoples’ lives, traumas, resilience, and recommendations for anti-racist non-discriminatory education, practice and research.’”

Today, despite having a long way to go, Nyberg says she is proud of what they have accomplished.

“When we first started talking about cultural safety, I didn’t know if there was anything I could do myself. Even though I was a working health professional.” But slowly, Nyberg says, she is seeing change.

“The way I look at it, if I can change one person’s thought I’m happy. That’s a start. I want things to be better for our future generations and not just in the health-care system. In the education system and in the sports system too,” says Nyberg. 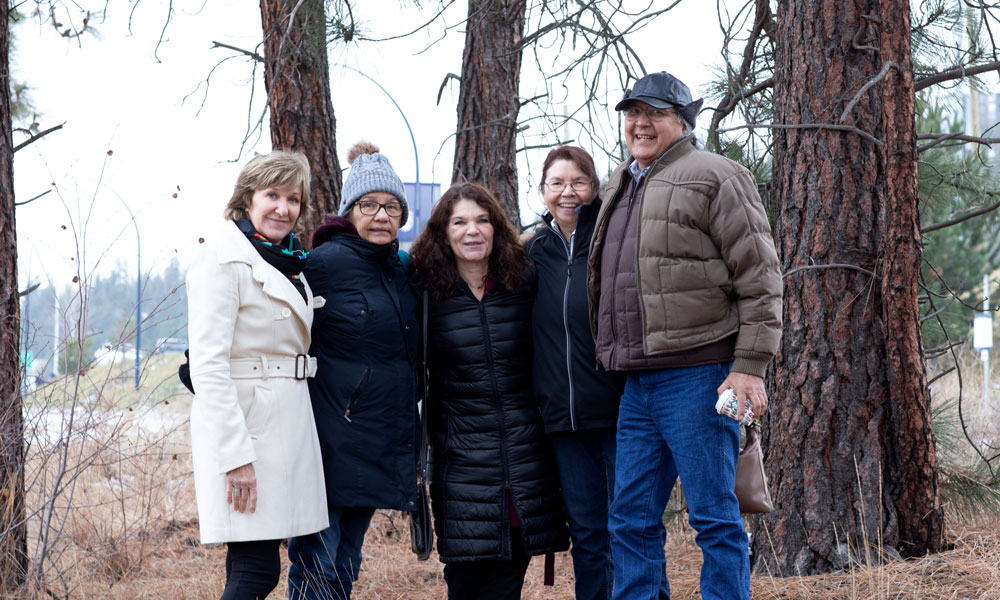 “I look at the intergenerational effect of colonization and our health status even today is poor. We are changing that.”

For Dr. Kurtz, this is a lifelong path. She recalls that one of the participants in her PhD research talked about how cultural safety has to be involved in all that we do. “We asked them how to make things different within the healthcare system when they seek health care. Most of them had waited because they had been treated so awfully that they didn’t want to return to the hospital or doctor. They talked about being ill and having their symptoms ignored. They not only recommended how health-care providers could offer better care, but also how to do research in a more respectful way so the Indigenous voice and involvement in decision-making are priorities.” The stories the women shared and the recommendations they provided over a decade ago are similar to those recorded in the recent In Plain Sight Report.

Nyberg’s principled intentions are shared by Kurtz and others who contributed to the School of Nursing’s Indigenous initiatives, including the nursing curriculum that continues to shape students today.

In Nyberg’s words, “I want things to be better for our future generations.”

Nyberg stresses how important it is that the Truth and Reconciliation Commission of Canada persists with what it has set out to achieve. She continues to advocate for addressing and combating racism, discrimination and lack of knowledge about Indigenous people in Canada and globally.

“Lack of knowledge is not just affecting health. Developing good relations is so important because settlers are here to stay. And so are we. Let’s try to make the best of it for future generations.”