North American Model of Wildlife Conservation gets a cultural refresh 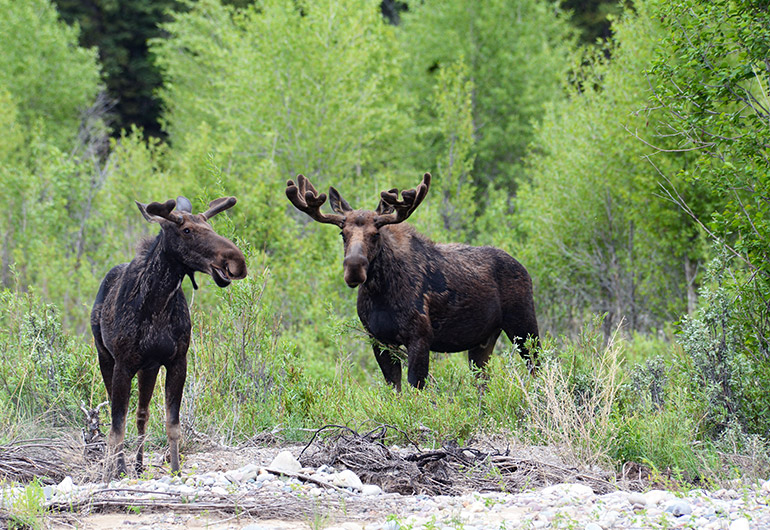 UBCO researchers have worked to Indigenize a set of wildlife conservation principles and policies that have guided wildlife management decisions in Canada and the United States for decades.

Most conservation experts would agree that the North American Model of Wildlife Conservation (NAM) is a leading global framework to manage wildlife, but new research from UBC’s Okanagan campus is highlighting one of its major shortcomings — a lack of Indigenous histories, perspectives and knowledge systems.

“The NAM has done and continues to do a lot of good for wildlife and people,” says Mateen Hessami, a master’s biology student in the Irving K. Barber Faculty of Science.

“There’s a lot of research that critiques the model but doesn’t necessarily advance solutions to fix its flaws,” says Hessami. “Our research team, which includes an equal representation of Indigenous and non-Indigenous authors, saw an opportunity to contribute to the creation of a more effective and equitable framework to manage wildlife in our changing world.”

The NAM is a set of wildlife conservation principles and policies that have long-guided wildlife management decisions in the United States and Canada. It emerged in the 19th and 20th centuries but was formally transcribed in 2001. It focuses on four conservation values: safeguarding wildlife for future generations, prioritizing the best available knowledge or evidence to conserve wildlife populations, international collaboration, and democracy of hunting and wildlife conservation.

“In our research, we identified a lot of common ground among the values that support both the NAM and many Indigenous-led or shared models of wildlife conservation in Canada. Those shared values are what guided us through the process of creating the revised model,” Hessami explains.

In addition to modernizing these core, shared values, the team worked to remove colonial language and wove in Indigenous worldviews and knowledge systems regarding wildlife conservation in Canada. They label this new document: The Indigenizing North American Model of Wildlife Conservation (I-NAM).

“The I-NAM is a starting point, it emphasizes a process of continuous learning, listening and respecting views of Indigenous and non-Indigenous perspectives. We need to better recognize how much common ground we actually share — the health of wildlife populations depends on it,” explains Dr. Ford. “Successful wildlife conservation relies on bringing together diverse communities, perspectives and knowledge systems.”

Though the model is intended for use by any jurisdiction looking to modernize its wildlife conservation strategy, Hessami points out that the I-NAM isn’t meant to replace Indigenous-led conservation.

“As Canadians, our connections to nature and wildlife are important, they’re emblematic of who we are,” says Hessami. “There are still a lot of Canadians who depend on wildlife for their livelihoods and food security. It’s our duty to preserve these resources in an equitable manner for generations to come.”

The paper was published this week in FACETS.