Reduced consumption attributed to onset of cannabis use 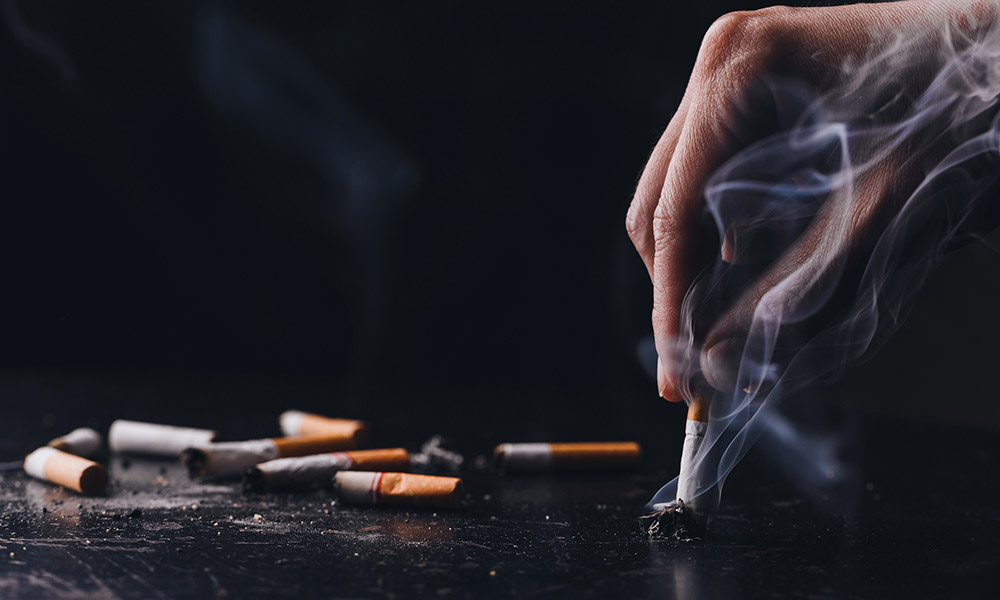 As many current and former tobacco users can attest — kicking the habit is easier said than done.

However, a recent study published in the Journal of Substance Abuse Treatment has identified an unintended benefit of medical cannabis use for some who also use tobacco — they’re reaching for nicotine less often.

According to Drs. Lucas and Walsh, the results were impressive.

“We found that 49 per cent of current and former tobacco users report their tobacco consumption has decreased since they started using cannabis therapeutically,” says Dr. Lucas. “Additionally, 24 per cent reported zero tobacco use in the 30 days preceding the survey — these are significant reductions in the context of smoking cessation.”

Though the use of cannabis instead of more dangerous substances, like opioids, is actively being studied, Dr. Walsh says this paper is one of the first focusing on cannabis as a tobacco substitution.

“It’s all about looking at these things through a public health lens, and similar to opioids, tobacco is much more dangerous than cannabis, at least from a lung health perspective,” he says. “We’ve been so focused on understanding the risks of cannabis legalization that we sometimes forget to look at the benefits, too. We know legalization makes cannabis use more mainstream but we don’t know how that might impact how people are using it. If they’re stacking it on top of other drugs, there may not be a health benefit, but if they’re using it in lieu of more harmful substances, you start to understand why legalization makes sense from a harm-reduction perspective.”

While the study results have proved promising, Dr. Walsh points out that the idea of using cannabis as a smoking cessation tool is very much in its infancy.

“There’s a lot more research to be done here, but if further studies confirm what we’ve found, I think cannabis could work for some as a transitionary smoking cessation tool in the future.”

Dr. Walsh acknowledges that while the concept may seem far-fetched to some, he’s hoping these study results serve as a jumping-off point to start conversations and increase research in the area.

“I think we need to work on reconceptualizing the role cannabis can play in our lives,” says Dr. Walsh.  “Quitting tobacco is hard, and the consequences of not quitting are dire — so I think the more options we can provide for folks, the better.”