Dr. Thu-Thuy Dang looks to the power of plants 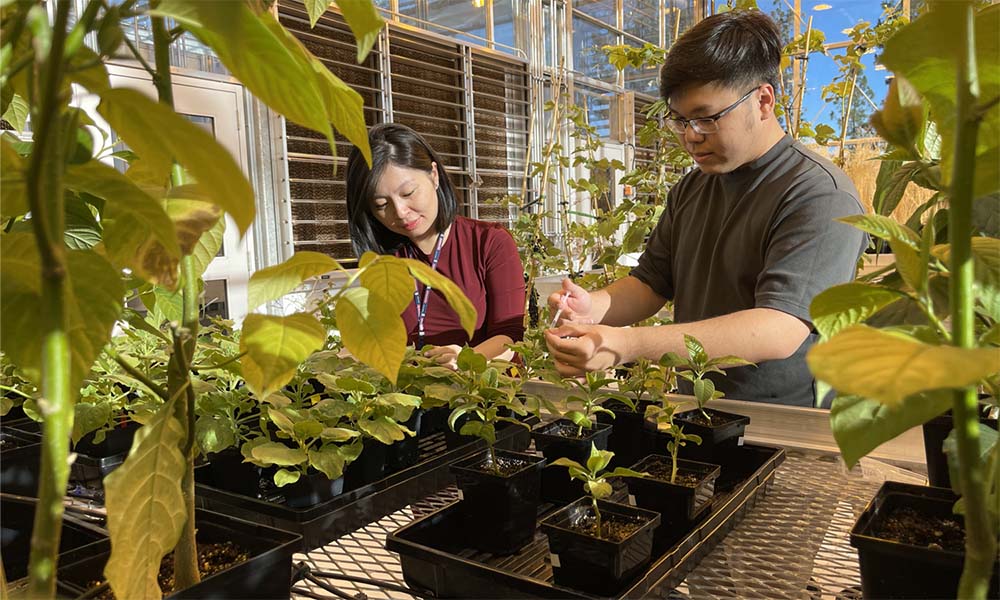 Master of Science, University of Calgary

“I’m proud to be a woman of a visible minority in this field, and I hope my story encourages people from all backgrounds to pursue STEM.”

DR. THU-THUY DANG HAS UNDERSTOOD THE POWER OF PLANTS since she was a little girl. Growing up in Vietnam, Dr. Dang’s parents taught her a lot about the connection between nature and medicine. And although she mostly used the modern, scientifically proven medicines that became more available as she got older, she never lost sight of what she learned as a child. 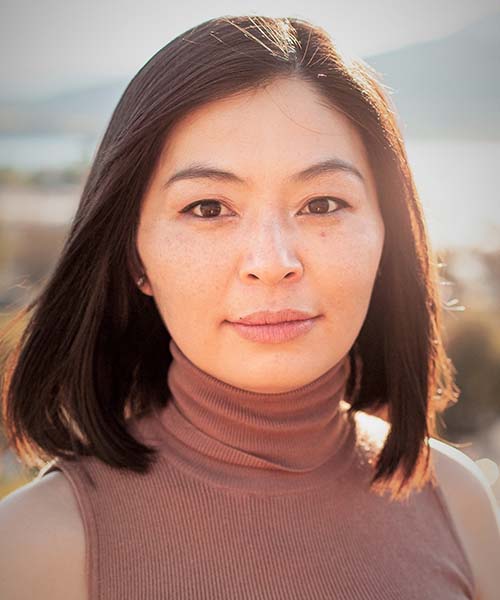 “We consumed a lot of plant products,” she recalls. “Some we consumed for traditional purposes, some for faith-based reasons and others for their healing capabilities. I always thought they were a bit mysterious, but I was told I had to take them because they were good for me and would help my body ward off illness.

“We all used them. My father was a soldier in the Vietnam War and he would sometimes have to take quinine, which is derived from the cinchona tree, to treat malaria. It’s actually still used in many places across the globe, including Canada.”

Though her family and those around her used many herbal remedies, Dr. Dang found it strange that most of them never really understood how they worked, or even if they worked. They also had little understanding of how different plants made different sets of chemicals. Her curiosity and passion for nature ultimately led her to an undergraduate degree in biotechnology at Vietnam National University in Ho Chi Minh City.

Her degree provided her with a holistic understanding of the biotech industry. Dr. Dang studied everything from plant biochemistry to product development, but it wasn’t until she arrived in Canada that she realized how many different paths and opportunities were available to those interested in a career in medicinal plant research.

While working on a master’s project on plant development and physiology at the University of Calgary, Dr. Dang noticed something interesting going on in the lab next door.

“The plant scientists there didn’t work like traditional botanists, who generally focus on morphology, growth and development, horticulture or taxonomy,” she says. “These researchers were physically chopping up the plants and looking into their genetic materials to try and understand how to make important compounds. Their ultimate goal was to understand and mimic the process to make the same compounds themselves before the natural resource gets exhausted.”

Dr. Dang was intrigued and shifted her focus to this area of inquiry when starting her doctorate. “The fact that plants are such wonderful chemists and have made these compounds naturally for millions of years is so cool to me.

“Morphine from the opium poppy, for example, is not only a powerful painkiller but also a very addictive chemical. The British and Qing Empires went to war because of it, and millions of people around the world today either reap its benefits or suffer from using it,” she adds.

Dr. Dang says whether the public realizes or not, many medicines originate from natural resource compounds or components.

“Our goal is to learn how plants come up with this very complex chemistry, copy the plants and then trick enzymes in the lab so we can make important compounds more accessible.”

“We obtain natural rubber from the rubber tree, the anti-cancer drug vinblastine from Madagascar periwinkle, and aspirin—the most commonly used drug in the world—is synthesized from a component of the willow tree.”

Dr. Dang explains that for nearly 200 years, chemists have been trying to mimic plants’ processes, and, even today, only a few of such processes are understood well enough to be fully re-constituted.

“I liked that it was a challenging field. With the golden era of the next generation of genetic sequencing on the horizon during my PhD—meaning researchers were beginning to sequence the genetic materials of plants at an ever-increasing speed—the timing couldn’t have been better.”

Dr. Dang found success early in her research with a compound called noscapine, which originates in opium poppies and is believed to have cough suppression and anti-cancer properties. During her doctoral studies, Dr. Dang and her colleagues were able to reveal how opium poppies produced noscapine. Their findings were employed by other members of the scientific community who then placed all of the enzymes into a baking yeast that ultimately made noscapine.

“It was a good confidence booster for sure,” recalls Dr. Dang. “Our goal is to learn how plants come up with this very complex chemistry, copy the plants and then trick enzymes in the lab so we can make important compounds more accessible. It was rewarding to meet that goal.”

Establishing herself in the Okanagan

Dr. Dang was then awarded a postdoctoral fellowship by the European Molecular Biology Organization (EMBO) to continue her research on plant natural products at the John Innes Centre in the United Kingdom. This and previous research experience helped Dr. Dang land her role as an assistant professor in the Irving K. Barber Faculty of Science.

Dr. Dang’s lab—the Plant Bioactive Compounds Research Laboratory—opened in January 2019. There, she and students integrate biochemistry, chemistry, bioinformatics and molecular genetics to reveal and engineer the biosynthesis of valuable small molecules from medicinal plants. Their goal is to learn and translate natural metabolism into innovative biotechnologies to meet the ever-increasing demands of high-value chemicals. 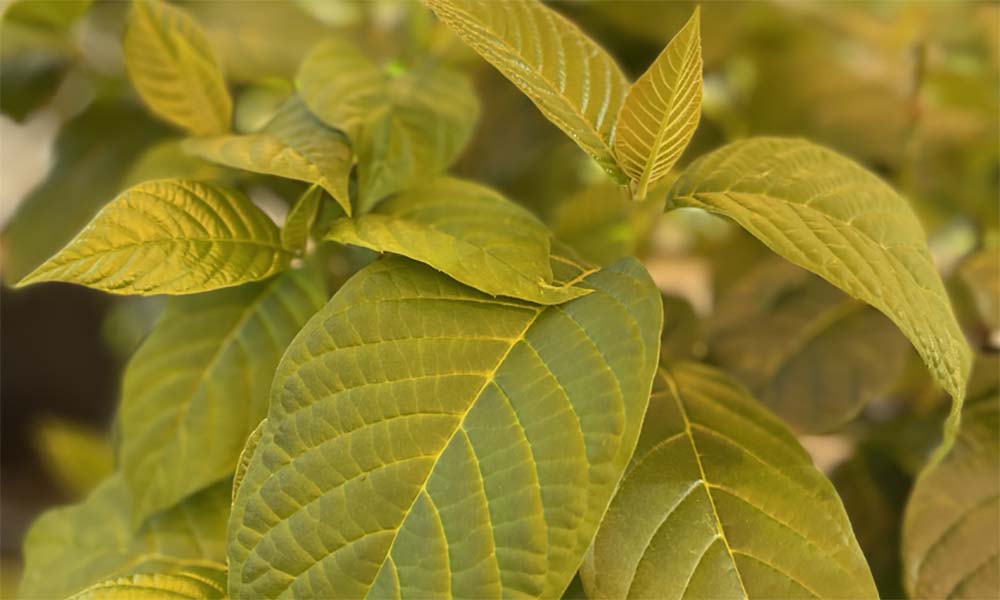 “About 60 per cent of the medicinal drugs we use in Canada and around the world are derived from natural plant products, bacteria or fungi, so we’re working to understand how these organisms produce these compounds. It’s a very complicated process to build complex molecules from simple ingredients such as sugar and amino acids.”

Recently, Dr. Dang was awarded the Michael Smith Foundation Scholar Award, valued at $450,000 over five years, for her lab to investigate plant-based anti-cancer drugs. These include clinically important compounds like topotecan and irinotecan, derived from camptothecin, found in the Chinese happy tree (also known as Camptotheca acuminata).

They have recently filed a provisional patent on the use of biocatalysts to manufacture clinically important anticancer drugs with the support of the University Industry Liaison Office.

Funding from different organizations such as the Natural Sciences and Engineering Research Council of Canada, Canada Foundation for Innovation, BC Knowledge Development Fund and UBC will also support the lab’s long-term efforts. These are focused on using synthetic biology approaches to scale up production of compounds that show potential effects on living matter, such as anti-cancer drugs.

Now settled with her husband and two daughters in the Okanagan, Dr. Dang is excited for what the future holds—both personally and professionally.

“I visited Kelowna before relocating, so I knew of its natural beauty and of course the wonderful wines,” says Dr. Dang. “It actually reminds me a lot of my hometown, Da Lat in Vietnam. A lot of people think of Vietnam as a hot, tropical country but I was born in a mountain town. We had evergreen trees and a lake in the middle of the city, so the similarities are quite striking. It really feels like home and we’re so grateful to be living here and to be supported by our colleagues and the close-knit community at UBC Okanagan.”

Dr. Dang is also thriving professionally, and has somehow found the time to consider future endeavours.

“We live here, we research here, and we owe it to our community members to keep them up to date with what we’re working on.”

“In my lab, we conduct research to better understand the world of medicinal plants around us, but more importantly, we hope to eventually harness this knowledge to contribute to the accessibility of important pharmaceutical compounds. We would like to make that link more visible to our community members,” she says.

“I already started with some outreach efforts by engaging with elementary students at my daughter’s school and hopefully will be able to join my colleagues’ public engagement with the wider community down the road. We live here, we research here, and we owe it to our community members to keep them up to date with what we’re working on.”

Despite her numerous successes, Dr. Dang is not one to count her accomplishments.

“I’ve never really thought of my work as an accomplishment, just a stepping stone to get to my next goal,” she says. “But I’m proud of the work we have done, I’m proud to be a woman of a visible minority in this field, and I hope my story encourages people from all backgrounds to pursue STEM.”