Balancing the cost of pandemic lockdowns 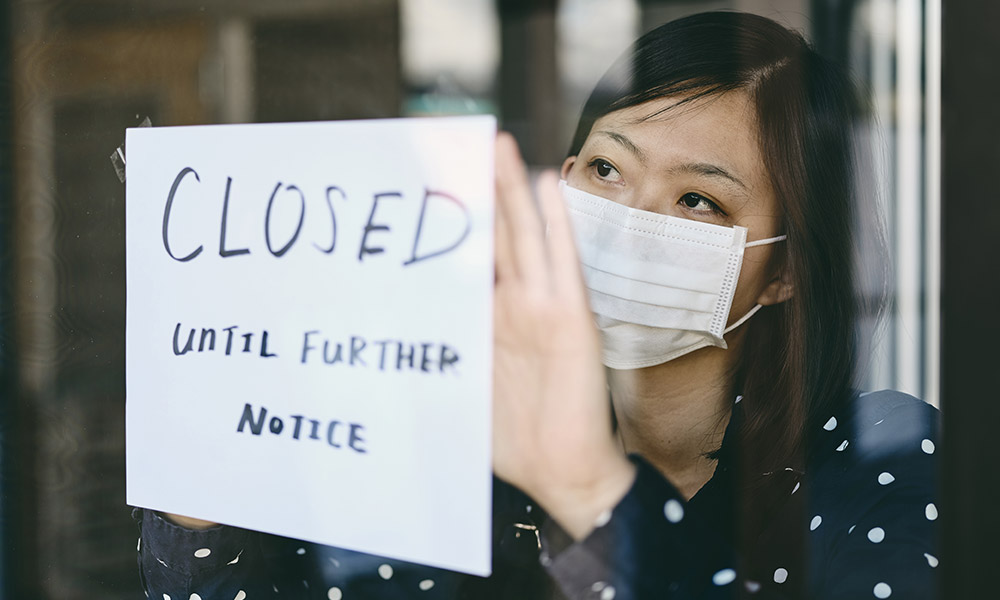 New computer modelling research from UBC Okanagan, is meant to help leaders determine the costs of shutting down an economy for a pandemic.

A team of researchers, including UBC Okanagan’s Dr. Rebecca Tyson, has created a model to help governments make decisions when it comes to shutting down communities during a pandemic.

Dr. Tyson, who teaches mathematics in the Irving K. Barber Faculty of Science, says that when the COVID-19 pandemic was declared, many governments immediately introduced extensive lockdowns to limit the spread of the disease.

However, as the pandemic has continued, governments had to seriously consider the continued costs of imposing new or extended lockdowns.

“Our study is motivated by the hesitation shown by some leaders to implement strict control measures to slow the spread of COVID-19, in part due to the huge toll to the economy,” Dr. Tyson says. “For informed decision-making, it is clear that we need some objective quantification of the total cost of both the health crisis and the economic shutdown measures. With this research, we present a disease and economic cost model that is a useful tool for evaluating shutdown options.”

The research team used Canadian dollars to compute the economic costs of a shutdown as measured by loss of gross domestic product, while also including the expenses due to medical care of infected people and the value of lives lost.

“One of the issues is that there are ‘dollar costs,’ such as the loss of gross domestic product and medical costs,” says Dr. Tyson. “And then the much harder to estimate costs of lives lost.”

To separate those highly different, and incomparable costs, Dr. Tyson used an optimization tool called a Pareto front which allowed the team to decide how to value lives lost without sticking to a pre-configured statistical cost of a life.

“Some balance has to be struck between saving lives and the economic cost of the lockdown,” she says. “Our research presents a simple model, with both economic and epidemiological content to help assess the options. In particular, we aimed to determine what type of shutdown strategy minimizes costs over the period of the entire pandemic.”

Dr. Tyson says the research presents an interesting perspective on the shutdown tactics taken by the BC government and elsewhere. In almost all cases, after a severe initial shutdown, economies were reopened. It was hoped the transmission rate could be controlled through contact tracing combined with spread prevention measures such as mask-wearing, hand-washing, avoiding crowds and keeping business patrons two metres apart.

However, those prevention methods were not as effective as hoped, and as each wave approached, case numbers increased and governments began reimplementing significant shutdown measures.

“While our model is in no way a comprehensive representation of all of the costs and benefits of shutdown measures, it does contain the salient features of the system and the patterns in our results reflect real dynamics. Decision-makers must balance many competing and equally important demands when setting policies, and so it is critical that they have access to scientific studies that look at the whole picture.”

The paper, published recently in the Royal Society Journal, was completed in late 2021. Dr. Tyson explains the modelling is meant to be viewed as helpful for governments to make complex decisions, rather than simple, quick-fix prescriptions. The modelling tool will prove useful for governments as this pandemic continues or for future pandemics.