The Sport of Support

Off the court and beyond the field, UBCO student athletes team up to help community organizations through volunteerism 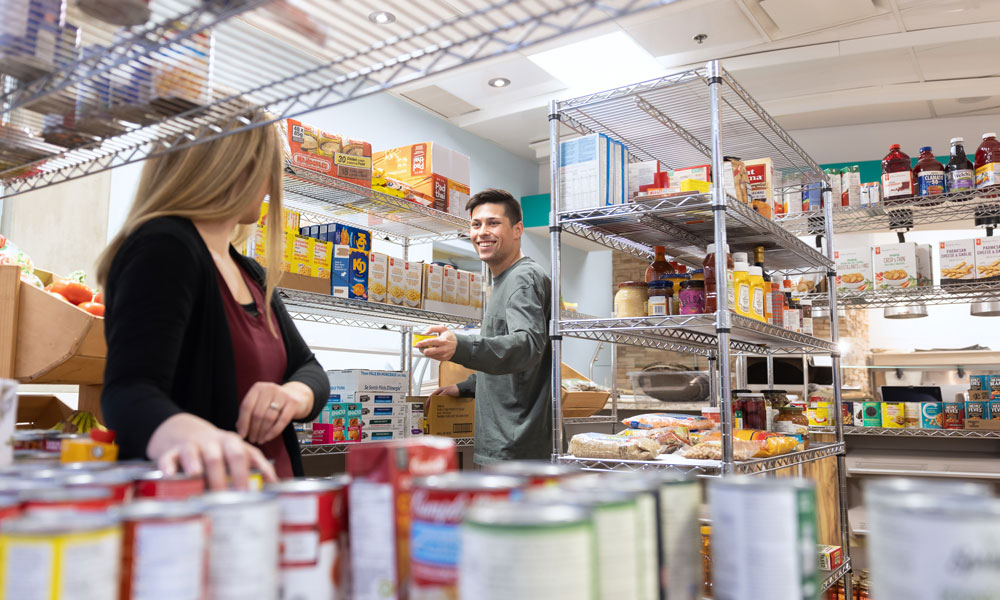 “Volunteering at the food bank certainly puts life in perspective,” explains Smith. “There are a lot of people in need, and just seeing the volume of after-school snack packs for kids, it’s clear there are also a lot of children who don’t have access to healthy food.”

Smith first reached out to the food bank to volunteer in early 2020. When the COVID-19 pandemic escalated to the point that traditional sports seasons became impossible, members of the women’s soccer team decided to join as well. So far, Smith has logged more than 250 volunteer hours at the food bank, while team members have contributed more than 350 hours.

The food bank is just one initiative in a long line of community projects that Heat athletes have supported over the years. From Canadian Blood Services and Hope Outreach, to KidSport Canada and UBCO’s own student food bank, the Pantry, such partnerships raise much-needed awareness for important initiatives. But perhaps more importantly, students are empowered to step up to the plate and lend a hand in their community. 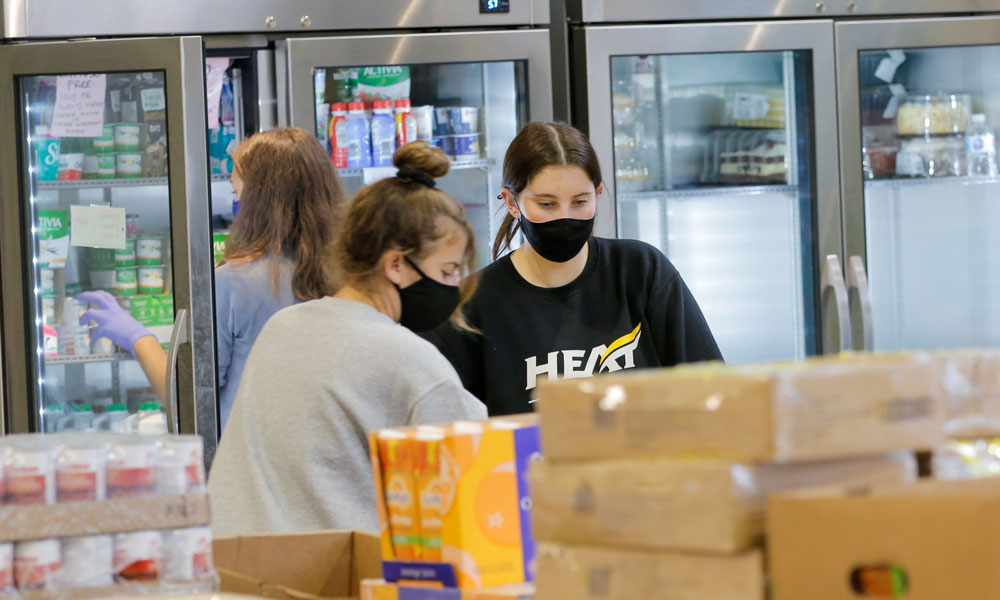 “It’s part of the Heat’s continuing efforts for individual development, while also improving the team and the experience for all students,” explains Tom Huisman, UBC Okanagan’s Director of Athletics and Recreation. “From our focus on food security to continuing the provision of junior sport development for youth in the Okanagan, Heat student athletes want to make a difference for other students and the community.”

“Our athletes want to give back to the community that has supported the university and UBCO Heat athletics for years,” adds Smith.

Growing up, volunteering was something Nicholas Reitsma’s parents strongly valued and instilled in their son. So, it was no surprise when Reitsma—now a goalkeeper for the Heat men’s soccer team and a student in UBCO’s Southern Medical Program—volunteered for the Heat Athletic Council.

The council consists of Heat student athletes from several sports and competitive clubs across campus. The council strives to enhance student-athlete experiences and wellbeing, as well as create a sense of community among its members. Reitsma says the council is critical to inter-team camaraderie and mentorship.

“Through the council we’re able to set an example, especially for younger students, to be involved in things outside of academics and athletics. Instilling a sense of community is pivotal in order to be a well-rounded student. And that applies to everyone on campus, not just athletes.

“All the teams travel separately so we’re a bit segregated from one another. Volunteering through the council is another way for student athletes to connect and get behind initiatives as a department, instead of just as a team,” he adds.

A major initiative the Heat Athletic Council and Athletics and Recreation support is the Pantry, a self-serve food bank for students run by the Students’ Union Okanagan of UBC. Located in the University Centre building, the open concept Pantry provides staples such as bread, produce, dairy products as well as canned and dry goods. In addition, a hamper program offers students extra items that may not be donated as frequently, like toiletries, milk and dietary alternatives.

Stephanie Patterson, Manager of the Pantry, says Heat student-athletes are instrumental to the program’s success.

“We know that approximately 43 per cent of post-secondary students across Canada are food insecure, meaning they don’t have consistent, reliable access to safe and nutritious food. And we see that need on campus through our work at the Pantry.

“The Heat’s support is important for us to reach out to students and educate them about these issues. It’s also an opportunity for students to help one another.” 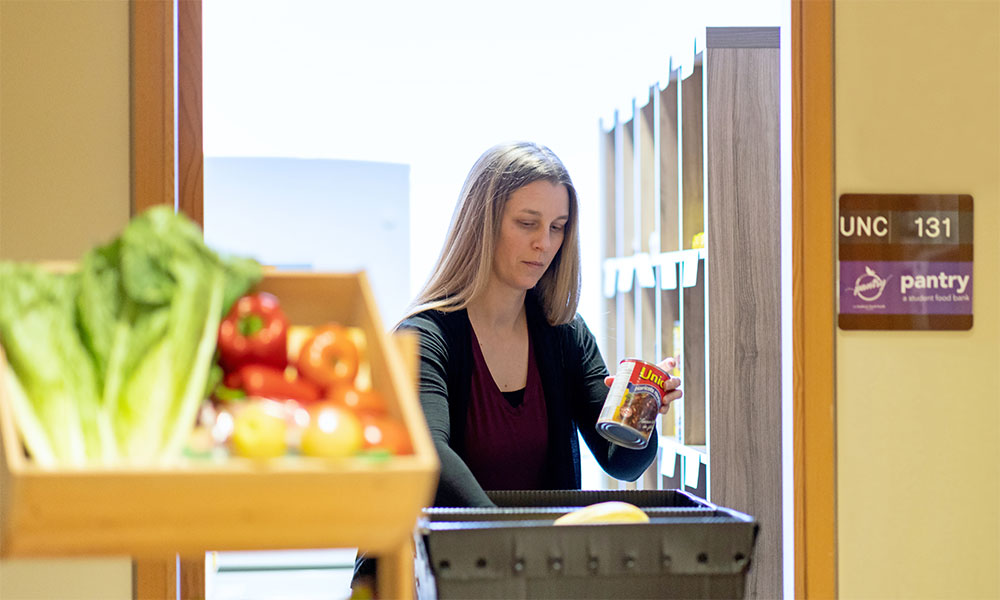 Throughout the academic year, Heat teams set up collection bins at their home matches and offer free admission to games in exchange for a non-perishable food donation. Student athlete volunteers have also set up information tables to engage with spectators during breaks in play.

“The Heat athletes have been really involved with the Pantry and we’ve received quite a few donations thanks to their outreach work,” Patterson says. “They’re ready and willing to volunteer, and it’s really heartwarming to see students helping students. People across the campus community recognize the need, and want to do something about it.

“Ultimately, partnerships like these bridge the gap between the student union and the Heat. It’s a great opportunity to help as many students as we can.”

Reitsma adds: “Thanks to the volunteering we’ve done, I’ve had a more holistic experience with Athletics and Recreation and fellow students. By supporting these programs we’re spreading awareness and getting others involved, and I really want to set that kind of good example for UBCO’s undergrads.”