The right words, at the right time, can significantly help a person quit 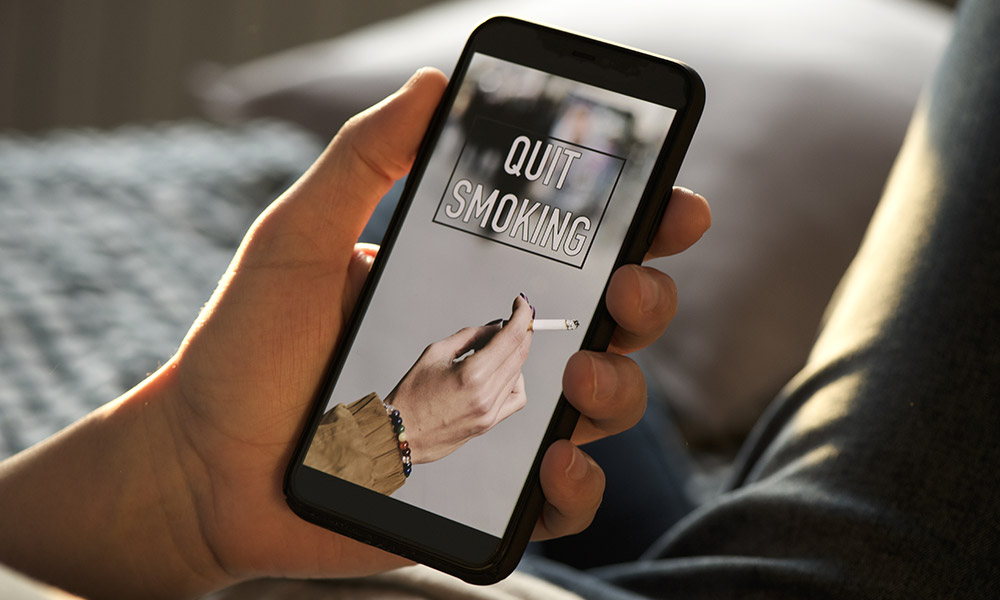 More than a month into the new year, a person’s determination to quit smoking might be waning. But a UBC Okanagan researcher says the type of feedback someone trying to quit smoking gets from other smokers, as well as friends and family, could be key to their success.

Dr. Laura Struik, Assistant Professor in the Faculty of Health and Social Development’s School of Nursing, focuses on the behavioural changes needed on someone’s journey to quit smoking.

She recently conducted a study of British Columbia’s provincial smoking cessation forum, Quit Now, and found that users were most engaged and seeking support during the first month, which then declined by the third month of quitting.

“This finding aligns with the biological processes that are occurring in the body—withdrawal symptoms can last up to a month, and it takes approximately three months for the brain to fully adapt to the absence of nicotine.”

Dr. Struik notes that the types of support the users received throughout their journey may have played a significant role in their efforts to quit.

“We know social support is important—but what types of support and when they are most useful—are important tools for someone considering quitting smoking,” she says.

The study found four types of support were exchanged on the forum: emotional (e.g., offering encouragement), esteem (e.g., validation of efforts), information (e.g., tips and advice) and network (e.g., being there for each other).

“The types of support needed were different based on where in the journey a person was,” says Dr. Struik, who is a Canadian Cancer Society Emerging Scholar.

Before an individual even started the quitting process and during the first month, network support—where users affirmed being there to support each other—was most prominent.

“This support is key to ensuring that individuals don’t feel alone at the start of this process.”

During the first month, users posted about their initial experiences and asked for advice. In response, users would cheer each other on (i.e., emotional support) or provide advice based on their experiences (i.e., information support).

During the second and third months, users were posting about their successes, and in response users would validate and compliment their ability to quit (i.e., esteem support).

“This finding is quite interesting because it shows that individuals are seemingly not posting about successes until late into their cessation journey,” says Dr. Struik.

This indicates that they do not want to post about successes until they have reached a level of confidence about a “big” success, such as reaching months of being smoke free, instead of making it through an evening without smoking.

“This hesitancy is unfortunate because posting about what the user may perceive as a small success is also key, as it reinforces their ability to inexorably move toward their goal.”

Dr. Struik suggests people on the forum and in real life consider sharing the little wins with their supporters.

“Reinforcement of small success helps build up and reinforce larger success,” she says. “The little steps can have big successes.”

“These findings are important not only for those who want to quit, but also for their friends and family,” she adds. “People should know they can tailor their support depending on where their loved one is on their journey.”

Dr. Struik’s study, which was funded by the provincial Ministry of Health through the BC Lung Foundation, was recently published in JMIR Formative Research.