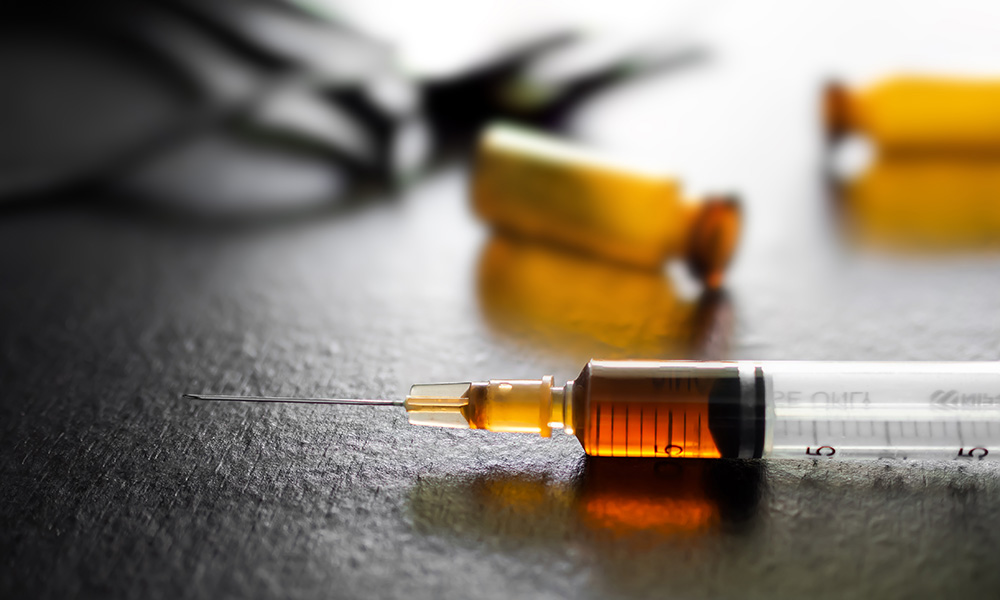 Researchers from UBC Okanagan and the University of Exeter have identified ketamine as a potentially powerful tool in the fight against mental illness.

First manufactured more than 50 years ago, ketamine is a fast-acting dissociative anesthetic often used in veterinary and emergency medicine. Ketamine also has a history of being an illicit party drug.

Now, ketamine is getting a closer look.

Researchers from UBC Okanagan and the University of Exeter have identified ketamine as a potentially powerful tool in the fight against mental illness.

In a recent study published in the British Journal of Psychiatry, the research team found ketamine to have significant anti-depressant and anti-suicidal effects. They also found evidence that suggests its benefits don’t stop there.

Led by Psychology Professor Dr. Zach Walsh and doctoral student Joey Rootman—both based in the Irving K. Barber Faculty of Arts and Social Sciences—the research team arrived at this conclusion after analyzing more than 150 worldwide studies on the effects of sub-anesthetic ketamine doses for the treatment of mental illness. The study was co-led by Professor Celia Morgan and doctoral student Merve Mollaahmetoglu from the University of Exeter in the United Kingdom.

“We found strong evidence that indicates ketamine provides rapid and robust anti-depressant and anti-suicidal effects, but the effects were relatively short-lived,” explains Rootman. “However, repeated dosing appeared to have the potential to increase the duration of positive effects.”

Beyond these results, the study provides evidence that suggests ketamine may be helpful in the treatment of other disorders, including eating disorders, problematic substance use, post-traumatic stress and anxiety—though the evidence in these areas is scarce.

“What our research provides is an up-to-date overview and synthesis of where the knowledge on ketamine is at right now,” explains Rootman. “Our results signal that ketamine may indeed have a broader spectrum of potential applications in psychiatric treatment—and that tells us that more investigation is needed.”

This study serves as a foundation for fellow researchers looking to design ketamine-related projects and offers valuable data for clinicians considering using ketamine with their patients.

The results also help to satisfy the public’s appetite for information on innovative and emerging psychiatric treatments, says Dr. Walsh, explaining the review provides a relatively compact document with evidence regarding which ketamine treatments may be helpful for diverse diagnoses.

“As many as one in five Canadians will experience a mental illness this year, and the reality is that existing treatments don’t work for everyone,” he says. “As a result, many Canadians are curious about new approaches to help with these serious conditions.”

Overall, while Dr. Walsh acknowledges research into other treatment areas is just beginning, he finds the preliminary evidence encouraging.

“We need a lot more information on how these interventions could work—for example, administering the drug is only a part of treatment. We need to figure out what amount and type of psychotherapy would best compliment the drug intervention to really maximize potential benefits,” he explains. “With that being said, it is a truly exciting time for ketamine research. If it can deliver the relief that early evidence suggests it can, this could be among the most significant developments in mental health treatment in decades.”