Results may lead to quicker development of more effective products 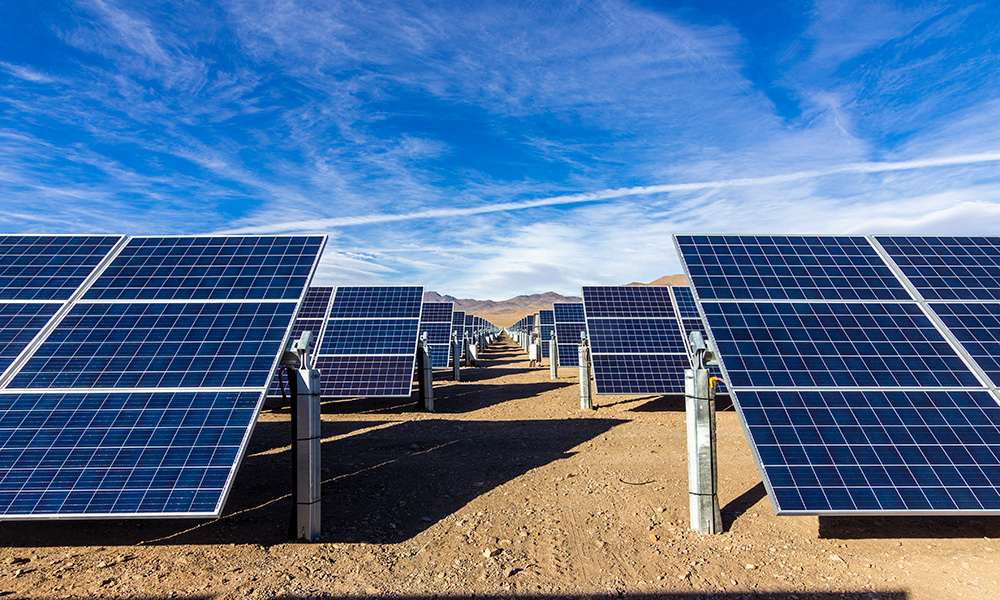 UBCO researcher Dr. Robert Godin took on the challenging task of comparing how different solar energy conversion technologies work to determine which is most efficient.

Located only about 150 million kilometres away, the sun is Earth’s closest star.

Its close proximity and immense strength create enough power to provide the planet with more energy than is needed. The quantity of sunlight that strikes the earth’s surface in just 90 minutes is enough to power the world’s energy consumption for a full year.

To capitalize on this natural resource, solar technologies convert sunlight into usable energy through various processes, one of which is photovoltaic panels. UBC Okanagan’s Dr. Robert Godin conducts research examining the effectiveness of different green energy-producing technologies, like solar panels and photosynthesis.

In a new study led by Dr. Godin, an Assistant Professor of Chemistry based in the Irving K. Barber Faculty of Science, researchers took a closer look at existing solar energy conversion technologies to determine which types of characteristics and properties are useful indicators when considering how well devices made from various materials might perform.

“Part of the challenge with this type of research is the way different solar energy conversion technologies work—each is completely distinct,” explains Dr. Godin. “It’s not obvious how, or even if, you can compare photovoltaics—which generate electricity—to photocatalysts, which generate high energy chemical fuels such as hydrogen,” he explains.

While examining a range of conversion devices, the team determined how long in a device’s lifetime the excited state generated by light irradiation stuck around, and how long it took to complete the energy conversion process. Then, the team compared that ratio to the energy lost to make it happen.

“We were able to establish a clear link between these values—and that wasn’t something we were expecting going into the study,” says Dr. Godin. “This link between the ratio of lifetimes and energetic losses was found across all the different types of solar energy conversion devices we looked at—even machinery in natural photosynthesis systems.”

“We also predicted a similar trend when we greatly simplify the mechanistic model of solar energy conversion devices, which suggests that we found a useful way to condense many different and complex physics into a few critical factors,” he adds.

These findings may speed up the development of better solar energy conversion technologies, he says as this research identifies clear links between characteristics that are fairly easy to measure in isolated materials, and device efficiency that requires more complex fabrication.

“Being able to tell early on whether a new material has the potential to surpass current technology will greatly speed up the ability to move the best technologies into the marketplace—and as conversion technologies like solar panels become more mainstream, the less society will need to rely on the production of environmentally devastating fossil fuels.”

This study was recently published in the Chemistry Society Reviews.