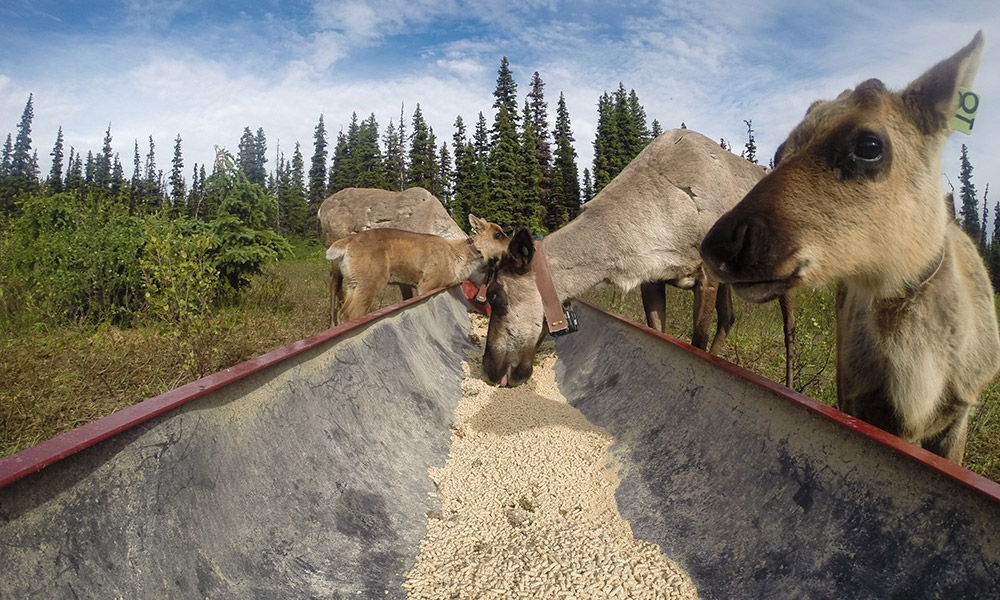 Despite recovery efforts from federal and provincial governments, caribou populations across Canada continue to decline, largely due to human activity.

But as a new UBC Okanagan study finds, in central British Columbia there is one herd of mountain caribou, the Klinse-Za, whose numbers are going in the opposite direction—all thanks to a collaborative recovery effort led by West Moberly First Nations and Saulteau First Nations.

In partnership with many organizations and governments, the Indigenous-led conservation initiative paired short-term recovery actions such as predator reduction and caribou guardians at maternal pens, with ongoing work to secure landscape-level protection in an effort to create a self-sustaining caribou population.

Their efforts paid off.

“We have an Indigenous-led conservation effort to thank for averting the looming extinction of this herd,” says Dr. Lamb. “The population was declining rapidly—a West Moberly Elder once described the herd as a ‘sea of caribou,’ but by 2013 it had declined to only 38 animals.”

Today, the herd count is more than 110 and numbers continue to rise.

“This work provides an innovative, community-led, paradigm shift to conservation in Canada,” Dr. Lamb says. “While Indigenous Peoples have been actively stewarding landscapes for a long time, this approach is new in the level of collaboration among western scientists and Indigenous Peoples to create positive outcomes on the land and put an endangered species on the path to recovery.”

Richter, who is a Saulteau First Nations member, says Indigenous communities have really come together for the good of the caribou.

“We are working hard to recover these caribou. Each year, community members pick bags and bags of lichen to feed the mother caribou in the pen while other members live up at the top of the mountain with the animals. One day, we hope to return the herds to a sustainable size,” she says.

Though the partnership has yielded great success, Dr. Ford is the first to acknowledge that more time and effort will be needed to fully recover the Klinse-Za.

“This work is also an important part of decolonizing the mindset of conservation, which has historically worked to exclude the views of Indigenous Peoples,” he adds.

With caribou declines exceeding 40 per cent in recent decades across Canada, many populations have already been lost. But Dr. Ford insists there is a brighter path forward, and this study proves it.

“This is truly an unprecedented success and signals the critical role that Indigenous Peoples can play in conservation,” he says. “I hope this success opens doors to collaborative stewardship among other communities and agencies. We can accomplish so much more when working together.”