Catching fire: BC wildfires are bigger, hotter and more consequential than ever

Suppression tactics need to shift to prevention and mitigation for forests that are “begging to be burned.” 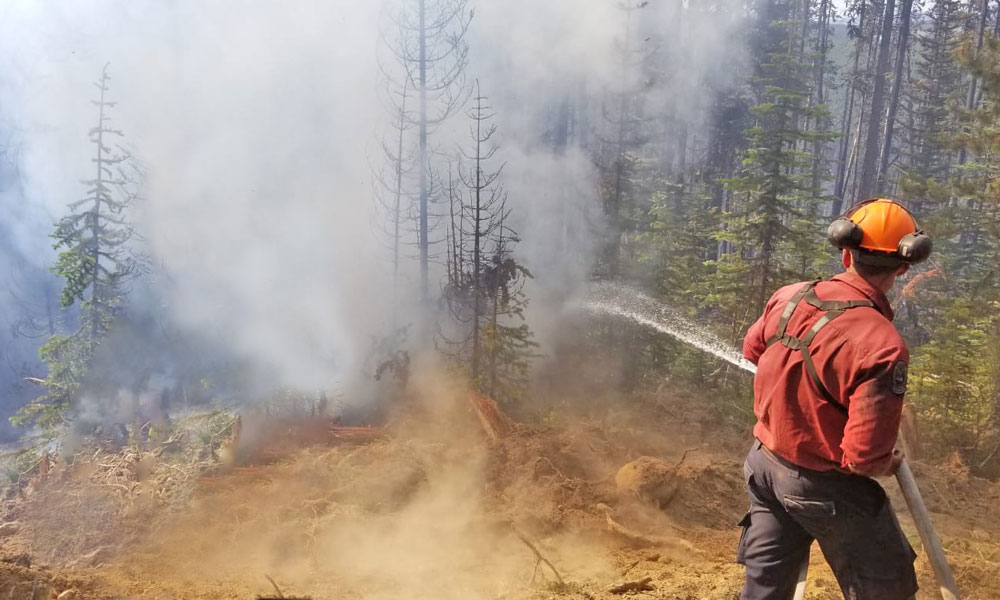 AS THE SEARING FLAMES LICK AT THE LODGEPOLE PINES AND KINDLING MOSS, Jeffrey Nishima-Miller works alongside his fellow firefighters to keep the wildfire contained. He’s trying to prevent the flames of the Elephant Hill fire—90 kilometres west of Kamloops—from ravaging nearby ranches, towns and Indigenous communities, where thousands of British Columbians make their living off the land.

That was the summer of 2017 and like many university students across the country, Nishima-Miller—now a doctoral student at UBCO—spent his summers working for the BC Wildfire Service. He’s battled some of the province’s most severe fires. But now, as a researcher exploring how Indigenous communities can create their own wildlife strategies, Nishima-Miller is using past experiences to inform his work. He’s seen first-hand that too many of BC’s forests are “begging to be burned.”

“It’s not surprising what we’re seeing in terms of the size and severity of wildfires. There’s this new reality of climate change and enormous fuel loads in the forests, along with a lot of bug-kill wood,” says Nishima-Miller. “It’s not a good situation; the result is a lot of fires in a short period that are bigger, more intense and hotter than ever, and that move fast across the landscape.”

It didn’t use to be this way.

In the early 1980s, Dr. Kevin Hanna, Nishima-Miller’s doctoral supervisor, worked as a firefighter in the then Ministry of Forests. At the time, there was an emphasis on year-round locally based management to prevent wildfires, often involving community members with fire experience. 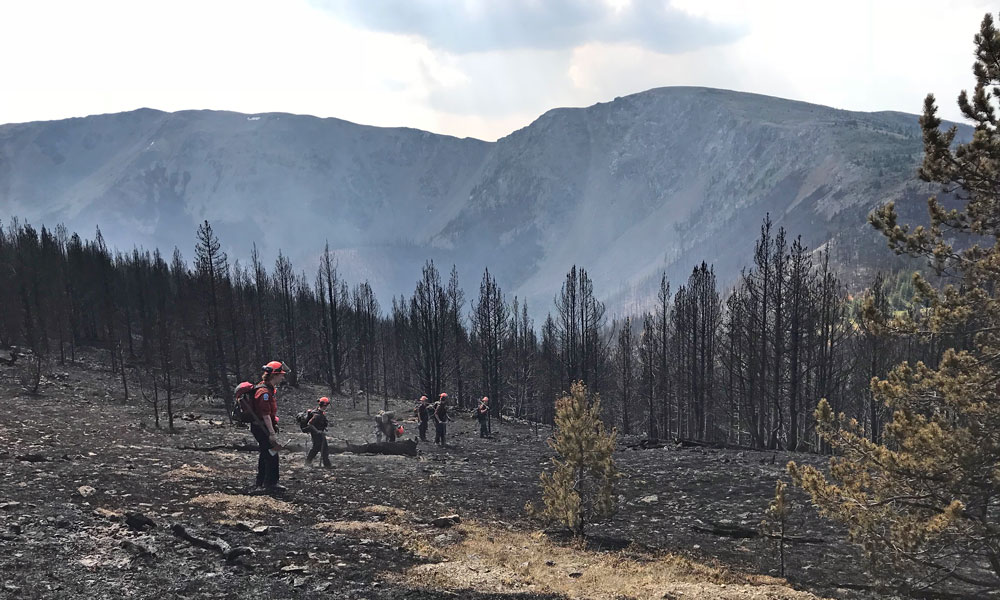 Here, a patrol looks for any hot spots still left smouldering from a recent forest fire.

“That’s one of the biggest changes I’ve seen; a lot of the fire suppression and firefighting was directed by the local level,” explains Dr. Hanna, an Associate Professor of Earth Sciences at UBCO and Director of UBC’s Centre for Environmental Assessment Research. He is interested in the risks that wildfire can pose for infrastructure and how the potential for forest fires needs to be considered in the planning, engineering and construction of major projects like pipelines or highways.

“If there was a big fire—and big fires like we see today were rare in those days—we often drew on local people who had training and experience. But what we’ve seen over the years is less local engagement and control, and more centralization of fire suppression, which has shown advantages and disadvantages.” 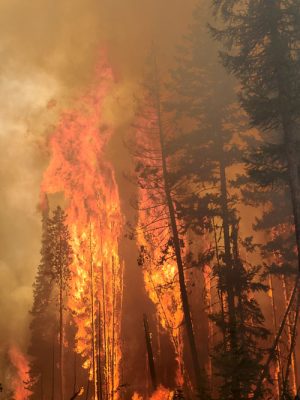 Dr. Hanna notes that although today’s forests are very different due to climate change, in his day the closeness of ranchers and Indigenous peoples to forested areas benefitted firefighting directly. “We worked closely with people who lived and worked on the land. In a fire, they were the ones who could tell you which places to worry about, and which routes were best to move equipment and people. They knew who to call when nearby equipment was needed.

“It’s revealing for me to look back and see how we might be able to take that knowledge and experience, and use it going forward,” says Dr. Hanna, adding it’s time to rediscover the value of engaging communities and local people in addressing wildfire risks.

Dr. Mathieu Bourbonnais, an Assistant Professor in Earth, Environmental and Geographic Sciences at UBCO, echoes the need to change course.

“The current way wildfires are managed is very much founded in Eurocentric approaches and landscape management that focus solely on fire suppression,” explains Dr. Bourbonnais, who—like Nishima-Miller— served as a wildland firefighter in the late 2000s.

In fact, it was those initial firefighting experiences that propelled Dr. Bourbonnais to graduate school and into academia. His fascination with the geomatics in his daily fire briefing packages led to studies in geographic information sciences, remote sensing and statistics. Today he focuses on understanding fuels and fire behaviour, how forests, ecosystems and wildlife may respond in the future, and how to design proactive mitigation to absorb impacts.

“In 2021, BC spent $800 million fighting wildfires, and the combined bill for the major fire seasons in 2017, 2018 and 2021 will likely be over $2 billion in fire suppression costs. Compare this to the approximately $30 million, for example, that’s annually available to communities for fire prevention work. So, there’s a scale element here that doesn’t match.” 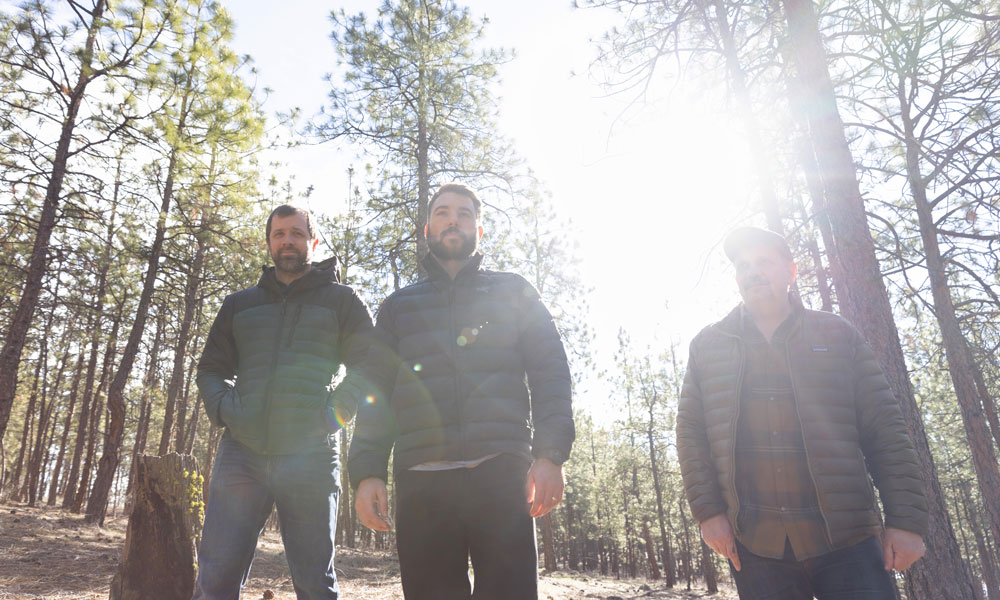 Although Dr. Bourbonnais, Dr. Hanna and Nishima-Miller have experienced different periods of firefighting and fire management stretching across nearly four decades, their experiences all point in the same direction: society needs to shift its idea of how to get ahead of the wildfire challenge.

“The fires I see now are not the same fires I fought 10 to 15 years ago,” says Dr. Bourbonnais. “It’s a different beast, so we need to explore the idea of collaborating more with communities. We also need to realize that we can’t look to our recent history for what to expect with future fire seasons, because the idea that more fire suppression will fix the problem doesn’t seem like it will work.”

Dr. Hanna points to examples in BC’s Cariboo and Chilcotin regions, where Indigenous communities and local ranchers have taken a role in fire prevention on their lands. Using their own equipment, logging skills and knowledge of the region, they proactively work to protect the land and their livelihoods. “They know their area intimately, and have a personal interest in working to help prevent and respond to wildfires.”

Dr. Bourbonnais says addressing climate change also plays a huge part in tempering wildfire trends. Although climate change is a global challenge, there are issues that can be addressed more immediately and locally.

“Changing how we manage fuels, fires and landscapes are things we can address right now. When people talk about the fire situation being too big to tackle, we actually have many of the mechanisms. We have policies, we have people who can do the work—including prescribed burning and thinning—and we have the knowledge. But unfortunately, we’re not harnessing this to our advantage.”

As for Nishima-Miller—the youngest of the three and the one who has fought some of the most severe wildfires in BC’s history—he’s optimistic.

“There’s still so much work left to do but I hope these recent severe wildfire seasons make things better in terms of areas that needed to burn.”

While all three see promise in BC’s recent move to a year-round wildfire service, they also note that if society is going to meet the challenges facing it today and in the years to come, there needs to be better use of local knowledge and skills, and more openness to new approaches to wildfire management.