First impressions: Is it a good idea to be yourself? 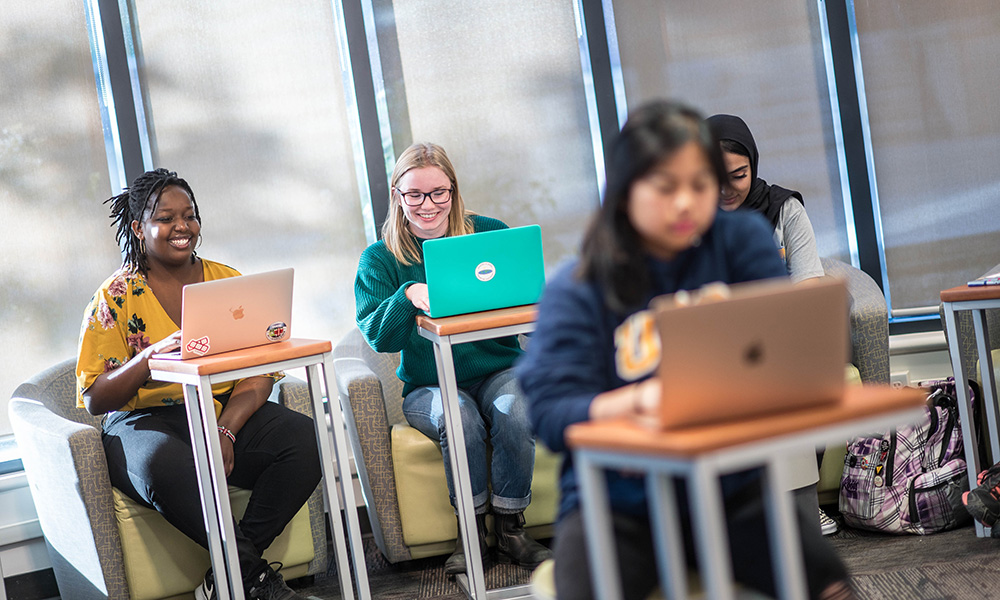 It’s back to school to time and many students, who will be meeting new friends, teachers and professors, may be wondering if making a good first impression really matters. New UBCO research, says yes it does.

The first day of school is just around the corner and many people—from Kindergartners to teens and first-year university students—may be feeling the pressure of that first day. That nervous feeling is not just for students—this year many teachers and university professors will be teaching in-person classes for the first time since the pandemic began in 2020.

Associate Professor Lauren Human teaches in UBC Okanagan’s Irving K. Barber Faculty of Arts and Social Sciences. She is the Director of UBCO’s Social Interaction and Perception Lab where her team investigates interpersonal relationships. The researchers consider what psychological, social and biological factors promote accurate impressions, and the consequences if that first impression goes poorly.

Dr. Human’s most recent study, published this month in the journal Social Psychological and Personality Science, examined first impressions. Simply put, while many people are told to be themselves, does that work?

And is it good to be seen as one’s true self?

What is the most important thing about making a good first impression?

This likely depends on how you define a good first impression. But, in our research we often look at what predicts being liked in first impressions—as this can promote smooth interactions and friendship formation. We find there are at least two important factors. The first is pretty straightforward. If people think you have a positive, desirable personality—you are very nice, reliable and creative—people tend to like you more. So, not surprisingly, it’s good to be seen positively.

However, we also find that it is just as important to be seen accurately—in line with what makes you unique or different from others. Across several studies, we have found that seeing a new classmate’s personality more accurately is related to liking that person more immediately and over an extended time.

Being seen accurately seems to have social benefits. But is this something people can control?

This was the focus of my lab’s most recent publication. We wanted to know whether the popular advice to “be yourself” actually works. That is, can people control how much they are being themselves in a first impression and allow others to see them more accurately?

It turns out that they can. People who were asked to be themselves during a videotaped interview ended up being seen more accurately by unacquainted observers who later watched their videos.

We also wondered if these instructions would have any influence—good or bad—on being liked. In this study, we did not find that those who were trying to be themselves were liked more, but they also weren’t liked less, so there doesn’t appear to be downsides to following this advice. And given the benefits of being seen accurately in more naturalistic settings, such as among new classmates, it seems possible that trying to be oneself could help people form stronger social connections.

If you have poor self-esteem, should you really “be yourself” while making a first impression?

We did look at the role of self-esteem in the above study—both whether people with lower self-esteem had a harder time following the advice to “be themselves” and if attempting to do so had negative effects on being liked. We did not find evidence for either.

Does it matter how accurately people perceive us?

What’s the best tip for the first day of school?

From my point of view, I think the benefits of being oneself will often outweigh the occasional downsides. I would encourage people to be themselves that first day of school, or anytime they are making a first impression. If in doubt, a safe bet is to not just be your usual self—the person you are at home alone on the couch—but to be your best self—the person you are on date night or when you are in an especially good mood.