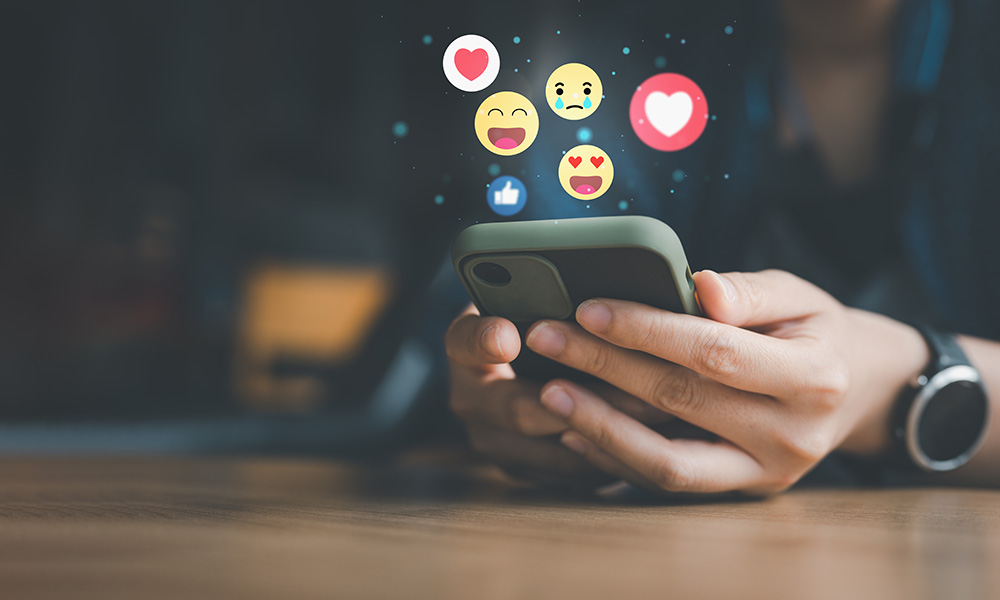 UBC Okanagan researchers are sharing a new tool for academics hoping to better understand and measure the ever-expanding world of emojis in everyday communication.

How much is really known about those smiley faces staring back at us from our smartphone screens? Anyone who has ever wondered if the people sending them are really that happy is not alone.

Thanks to a pair of UBC Okanagan colleagues, researchers striving to better understand the ever-expanding world of emojis now have a new tool to keep pace with technology—what they call a multidimensional lexicon of emojis (MLE).

Doctoral student Rebecca Godard and Dr. Susan Holtzman, Associate Professor in Psychology at UBCO, have published their findings in a new paper titled “The Multidimensional Lexicon of Emojis: A New Tool to Assess the Emotional Content of Emojis.” The research appears in the journal Frontiers in Psychology.

“As digital platforms evolve, strategies are also evolving to communicate emotion,” Godard says. “We saw that early on with emoticons (precursors to emojis), but emojis have largely taken over that role of facilitating emotional communication. At the same time, research on emojis has lagged behind actual use. Researchers don’t have enough tools for measuring the way people use emojis and the emotions that they communicate.”

While it may be easy to cast off emojis as simple distractions, they belie a hidden language—especially among young people—Godard says. And any researcher studying digital communication will have to account for the emotional information an emoji contains to get a true accounting of the message.

Godard’s MLE can help researchers crack that coded language and the emotions behind it beyond simple negativity and positivity.

“A substantial amount of online communication now includes emojis,” says Holtzman, who supervised the findings. “From market to mental health research, we hope this new tool will help everyone better understand the emotions of people communicating online.”

Godard saw the need for the MLE because human communication is changing and growing so rapidly. More people are writing at a higher rate than at any time in history, but often in short bursts through social media, email or text message. When people speak face to face, they see emotional cues that help translate emotions. When people write letters, they have the luxury of letting the words explain the emotions over paragraphs. In tweets, there are 280 characters.

But people tweet a lot, and much of that is in the public domain. It’s a tantalizing opportunity to study communication, and Godard’s lexicon can help translate. Godard is continuing her PhD at UBCO, and will monitor how useful her MLE remains. She understands the research will need to be updated to keep pace with the quickly changing world of digital communication.

“We know that the meanings of emojis change over time,” says Godard. “We also know how subtle teens can be, in their text messages for example, and how they tend to gravitate toward what’s new.”