UBCO researcher looks at the stigma of prenatal cannabis use

Women worry about a doctor’s attitude or lack of knowledge 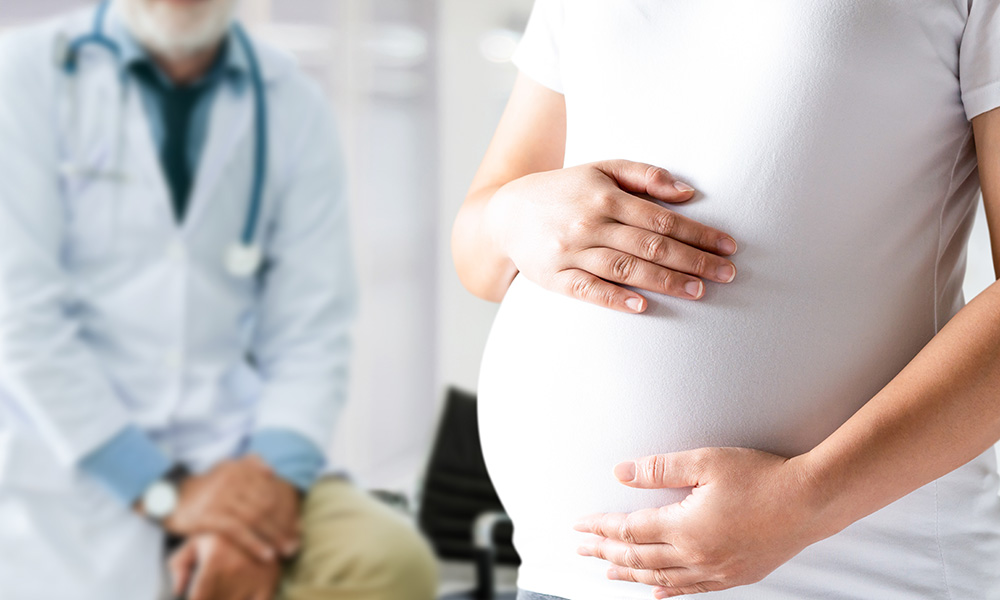 Using cannabis while pregnant to combat nausea and vomiting, pain and sleep disturbances while pregnant is nothing new, say UBCO researchers. But women continue to face significant barriers about discussing this use with their health-care practitioners.

A UBC Okanagan researcher is calling for doctors to have an open mind when it comes to cannabis use to combat nausea and other symptoms during pregnancy.

Doctoral student Sarah Daniels recently published research examining the stigma—and the lack of open communication with their doctor—pregnant women experience if they discuss therapeutic cannabis use while pregnant. Her research was published recently in the Journal of Psychoactive Drugs.

Daniels, who studies with Psychology Professor Dr. Zach Walsh in UBCO’s Irving K. Barber Faculty of Arts and Social Sciences, says cannabis use during pregnancy is nothing new. But women face significant barriers to discussing this use with their health-care practitioners.

“Historically, cannabis has been used during pregnancy and childbirth—orally, topically, by suppository and by inhalation—to treat nausea and vomiting, pain, sleep disturbances and other symptoms,” says Daniels.

Despite decades of widespread prohibition, she notes cannabis remains among the most widely used drug in Canada in both general and prenatal populations.

This is particularly relevant in a landscape where there are few effective treatments for vomiting while pregnant, a condition that can have significant negative health impacts on both the mother and the developing fetus, Daniels says.

Research into prenatal use has resulted in ambiguous results, she adds. Some studies have reported differences in birth weight, head circumference, fetal development and neurodevelopment. Other studies have characterized the use as benign and attribute alleged negative effects to other variables such as poor prenatal nutrition, folate deficiency and tobacco use.

“While we do not have definitive and conclusive clinical data on the full range of potential consequences of cannabis use during pregnancy, the same is true for most pharmaceutical drugs currently available to those who may be pregnant,” says Daniels. “As such, physicians typically utilize their clinical insight to weigh the potential benefits compared to the potential harms in each case.”

Daniels says that physicians should drop the stigma and apply the same cost-benefit analysis to cannabis.

“Stigmatization has been identified as a barrier to discussing therapeutic cannabis use between a woman and her doctor,” says Daniels. “Patients report perceived negative responses from physicians when broaching the subject and fear that their care and the relationship with their physician will be negatively impacted.”

Of those pregnant women using cannabis, 62 per cent said they were not comfortable discussing it with their doctor and 74 per cent agreed they would not share this information with a health-care provider in future pregnancies because they sensed disapproval from their doctor.

Adding to the confusion, Daniels says health-care practitioners acknowledge not having enough information about cannabis use, both generally and specifically, to discuss it in an informed manner with a pregnant patient. A recent educational needs assessment found that physicians, nurses and medical students reported significant knowledge gaps and a lack of training and information about medical cannabis.

Daniels says a growing interest and conflicting information regarding the risks and benefits of therapeutic cannabis use while pregnant suggests a need to develop strategies that will provide women with the best available resources so they can make informed decisions with their doctor about using it.

“This research provides further evidence that prenatal cannabis use is pretty common—more common than people are often comfortable acknowledging,” says Daniels. “However, there continues to be this fear of judgment.

“At the end of the day, we want women to be able to have these conversations with their physicians to provide the best care possible without decisions being impacted by moral judgement, misinformation or stigma. Clear and effective communication with health-care providers—beyond issues of abstinence and legality—is essential to enable the safest therapeutic use of cannabis by pregnant women.”