Psychopaths may have an insensitivity to suffering

Do psychopathic traits allow people to ignore pain, or simply not care 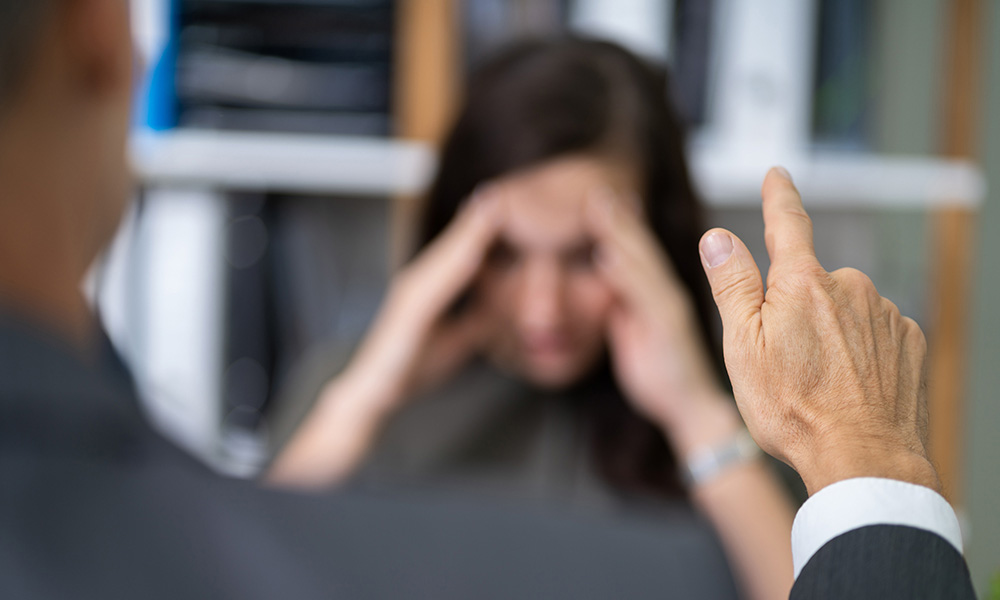 New UBCO research determines psychopaths may have a decreased ability to sense someone else’s pain.

While the manipulative and sometimes violent behaviour of psychopaths might be attributed to a lack of empathy, new UBC Okanagan research suggests that psychopaths may have a decreased ability to even sense someone else’s pain.

Dr. Kimberley Kaseweter, a postdoctoral fellow in psychology at UBCO, has recently published research examining the relationship between psychopathic traits and perceiving other people’s facial expressions of pain. Her paper was published in the Journal of Personality Disorders.

“A lot of the literature has focused on those basic emotions and psychopathy, like anger, fear and sadness,” says Dr. Kaseweter. “Almost no research has really focused on pain, which I found surprising because of the association between pain and violent behaviour.”

For this study, participants completed the Self-Report Psychopathy Scale to assess psychopathic traits within four different facets: callous affect, interpersonal manipulation, antisocial behaviour and erratic lifestyle. They also watched video recordings of patients manipulating injured shoulders in range-of-motion tests and then rated both the intensity and unpleasantness of the pain from patients’ facial expressions.

These recordings from actual patients showed spontaneous, natural expressions of pain that had been intensely coded frame by frame. The patients also self-reported their pain from these manipulations.

Dr. Kaseweter and her team were interested in whether psychopathic traits were connected to differences in how these participants might perceive others’ pain. They also wanted to know if that difference was due to conservative response bias—consistently rating all perceived pain lower on the pain scale—reduced perceptual sensitivity—inaccurate ratings, whether higher or lower—or both of these factors.

“We were able to break those two factors apart and tease that apart, which I think really gets at answering our questions. Do individuals who were high in psychopathic traits have an inability to see the facial expression of pain? Or if they can actually see it and just don’t care,” she says.

The study found that while people with psychopathic traits did not have a response bias—or were no more or less likely in general to ascribe pain to people—they were significantly less accurate in their ratings of pain in other people’s facial expressions.

The literature on psychopathy is still unclear on the underlying causes behind these facets of psychopathy, but Dr. Kaseweter says this study showed that one possible mechanism might be a reduced ability to see other people’s pain. The violence inhibition mechanism model suggests that in order to experience empathy, people have to first be able to accurately perceive someone’s distress to then withdraw from violent behaviour.

This study, she says, supports that theory.

“If they’re not accurately perceiving those facial expressions, they’d be missing the ability to identify that expression and then feel empathy and pull away from that violent behaviour.”

While psychopaths have high rates of criminal behaviour, rehabilitation efforts with current treatments for these individuals have been largely ineffective, if not at times counterproductive.

Dr. Kaseweter is hopeful that this study could help isolate an area to direct more successful treatment in the future, especially with the clarification between response bias and actual inaccuracies in pain sensitivity.

“I think it’s a very important distinction. So how do we help? Is it just that people high in psychopathic traits don’t care? Then we have to teach them empathy in a different way. Or is it that they’re not seeing facial expressions accurately? Our findings suggest the latter—and that this decreased ability to detect pain accurately may underlie the lack of empathy we see with psychopathy.

“If this is the case, then training interventions designed to improve pain detection may, in turn, reduce the callous affect and antisocial behaviour characterizing psychopathy.”