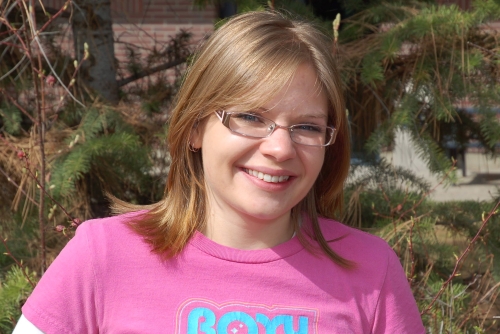 Jana Tondu, a third-year Freshwater Sciences student at UBC Okanagan, has received the 2007 top prize in UBC’s YouLead International Development Fellowship program. She’s using the $1,500 award to visit Costa Rica in May, where she will volunteer for eight weeks in a trio of water ecosystem projects in that country’s national parks.

“I would like to put what I’ve learned in the classroom into real-world action,” Tondu said. “You can learn how and why water is so important, but it’s also important to learn what to do with that knowledge.”

She believes very strongly in the importance of a clean water supply for the preservation of the world’s biological diversity and healthy ecosystems — for humans and animals. Projects in which she will be involved range from agriculture to sea turtle conservation.

Tondu will be staying in the community of Zapota to work on local farms, in a local cheese factory, and in organic green houses.

Next, she’s on to Volcan Tenoria National Park, to volunteer on a project to help protect the natural environment by reducing and preventing erosion and increasing environmental education within the park.

She will then visit Punta Mala National Park and the Sea Turtle Conservation Centre. “This is where I will be working to help protect this endangered species,” she says. “I will learn about and how to protect the turtles natural environment, nesting sites, and help participate in a safe release program for the turtles.”

Before her studies at UBC Okanagan, Tondu – originally from Wainwright, Alberta — received a diploma in urban studies from Yukon College. It was during this time that she decided her future was in water.

“I became aware of water scarcity in the world and really wanted to study the science of water,” she said, adding that the Freshwater Sciences program at UBC Okanagan has helped her understand ecosystems scientifically as well as how human actions impact ecosystems.

Recognizing the high financial costs for students giving their time to help others through a YouLead international service learning experience, YouLead offered three fellowship awards this year. The second prize of $750 was awarded to two students studying at UBC’s Vancouver campus. Allison Stockdale is currently completing her Bachelor of Music with a major in Secondary Music Education, and Kristin DeGirolamo is a second-year Pharmacy student.