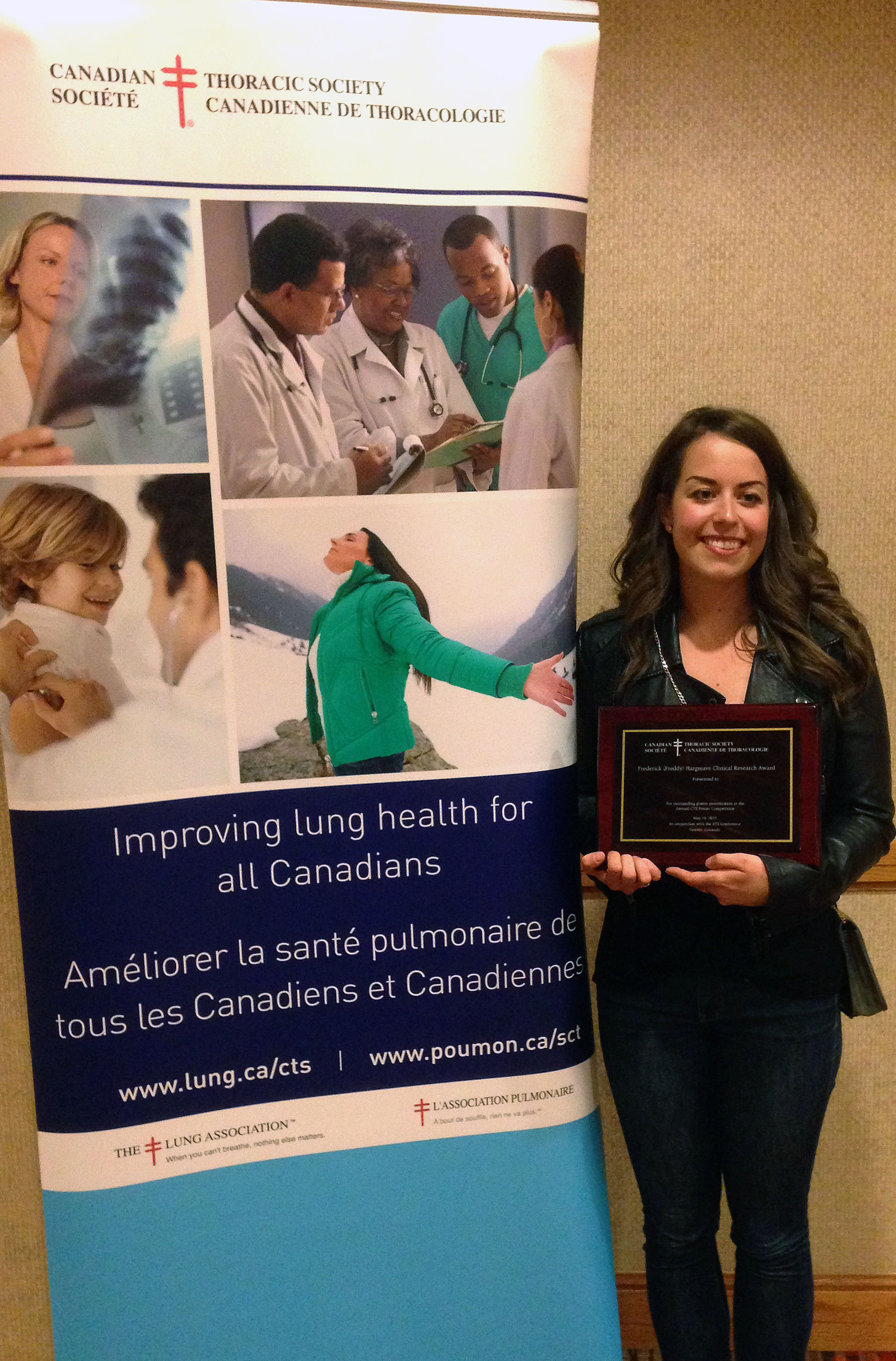 She was invited to attend the competition along with 29 other Canada-based researchers, whose abstracts were ranked highest out of all basic science and clinical respiratory research submissions at this year’s International ATS Conference in Denver.

For the competition Gelinas presented the findings from her master’s project, which examined the effects of aerobic exercise training on the structure and function of blood vessels in patients with COPD. She out-performed graduate students, fellows and medical residents from some of the top research centres in Canada to win the award.

Gelinas starts her PhD this September and will be continuing her research with Neil Eves, co-director of the Centre for Heart, Lung and Vascular Health and associate professor at UBC Okanagan.

Her PhD will focus on the mechanisms behind the increased cardiovascular risk associated with COPD and how to enhance treatment options with the overall goal of improving longevity and quality of life in patients with this highly prevalent respiratory disease.