And then there were two.

An international team of scientists has discovered there are actually two species of giant tortoises living on Santa Cruz Island in the centre of the Galápagos Archipelago. Until now, it was assumed that the two giant tortoise populations on the island were of the same species, just living on different sides of the island. 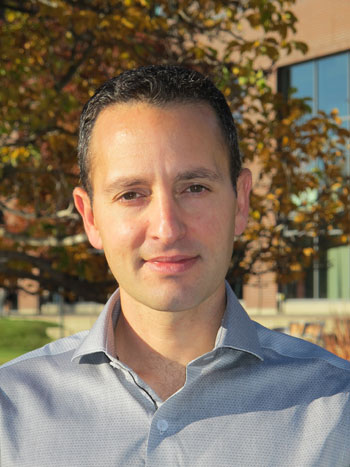 The new species, only found on the eastern side of Santa Cruz Island and occupying an area currently estimated at about 40 km2 (one-tenth of the island’s size) has been called the Eastern Santa Cruz Tortoise (Chelonoidis donfaustoi).

“The naming of this new species will increase efforts to protect and restore the Eastern Santa Cruz Tortoise,” says Caccone. “Its low numbers, limited geographic range, and reduced genetic diversity make it vulnerable. As a newly recognized species, it will now receive the attention needed to ensure its survival.”

Over the centuries, giant tortoises were devastated throughout the Galápagos Islands due to human exploitation, introduced species, and habitat degradation. The Giant Tortoise Restoration Initiative, a collaborative project of the Galápagos National Park Directorate, Galápagos Conservancy, and international scientists, is focused on the long-term restoration of all Galápagos tortoise populations to historical numbers. Special emphasis will now be placed on the Eastern Santa Cruz Tortoise.

Research team member Russello, who heads the Ecological and Conservation Genomics Laboratory at UBC’s Okanagan campus, first started working on this project when he was a postdoctoral fellow at Yale University.

“We initially reported cryptic species diversity in the giant Galápagos tortoises of Santa Cruz Island back in 2005,” he says. “The paper that came out this week formally describes the new species on this island, which will have important implications for conservation.”

Park ranger Don Fausto dedicated 43 years (1971-2014) to giant tortoise conservation and was the primary caretaker at the Tortoise Breeding and Rearing Center on Santa Cruz, which now bears his name. The restoration of several tortoise populations is due in part to Don Fausto’s dedication and efforts.

“It has been a privilege to work with this international team that now includes academics and in-country scientists and managers on four continents,” Russello adds. “Most importantly, it has been the continued collaboration of the Galápagos National Park and their commitment to scientifically-informed conservation that has enabled research results to be effectively translated into management strategies.”

Russello says the research team will continue to explore patterns of variation in Galápagos tortoises to investigate basic questions regarding speciation on islands, but also novel ways in which genetic and genomic tools can be used to assess conservation status and inform management strategies.

“This is an exciting moment in the history of Galápagos giant tortoises,” says Linda Cayot, science advisor for Galápagos Conservancy. “Over the last several years, the ever-growing role of genetics in guiding development of conservation strategies for Galápagos tortoises continually requires us to think in new ways.”

The findings were published online October 21, in the journal PLOS ONE. 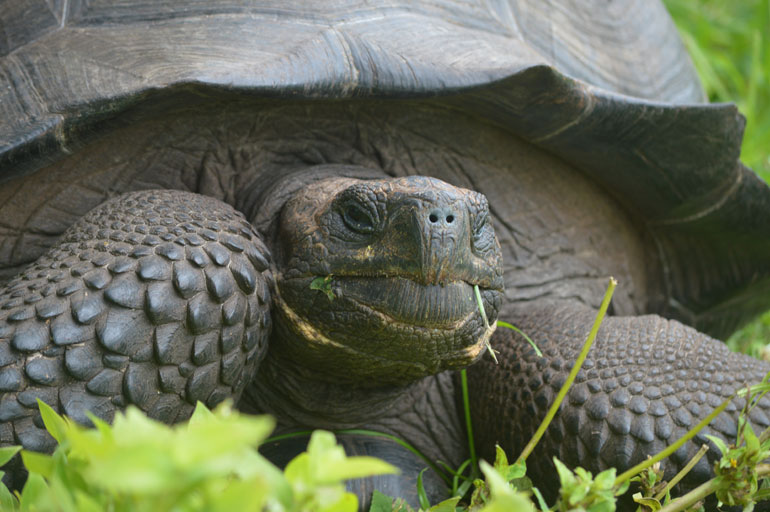 A new species of giant tortoise, Chelonoidis donfaustoi, has been discovered on Ecuador’s Galápagos Archipelago. UBC biology professor Michael Russello was on the team of international scientists who identified this species. Photo credit: James P. Gibbs