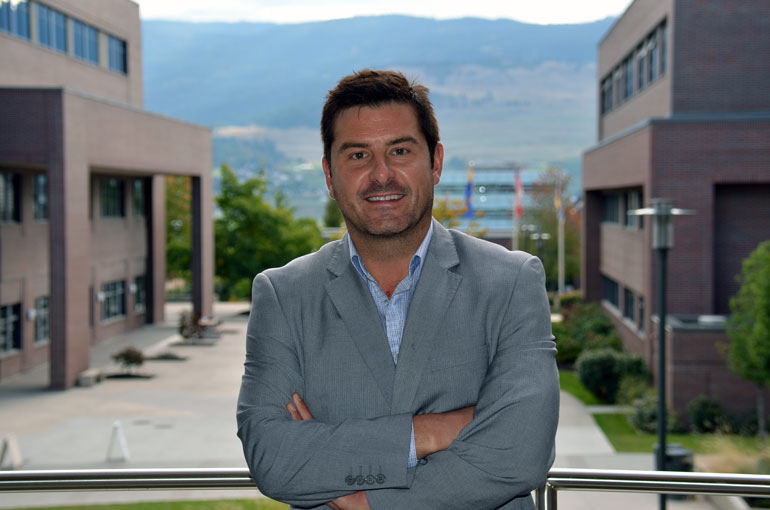 If you’ve ever watched a TV crime drama, or even the national news, you’ve likely witnessed a suspect, after endless police questioning, breakdown in tears to confess to a crime.

Dramatic evidence, however, now proves that people subjected to false memories and persuasive interrogation tactics by those with authority, can actually recall — with vivid details — incorrect events and, in turn, convince themselves they committed a crime.

A research study at UBC’s Okanagan campus in 2013 and recently published in the journal Psychological Science, involved 60 students who were interviewed three different times as part of then PhD student Julia Shaw’s dissertation. Shaw was working with Prof. Stephen Porter, who teaches forensic psychology with the Irving K. Barber School of Arts and Sciences.

The results were shocking, says Porter.

“The implications from our research are huge,” he says. “We mimicked police tactics and our research proved fairly decisively that police interview tactics can lead people to misremember in very dramatic ways.”

Student participants were given two different memories — a true memory that was provided by their parents — and one that was totally false. During the first interview session, both memories were revealed to the students and the researchers intertwined each memory with personal information, like a pet’s name, best friend, names of a school, or other ‘real’ memories.

For some participants, the false memory was a criminal or violent activity. But others were given an innocuous memory of an everyday event. During the following two interview sessions, participants were asked to remember the two events. The interviewers used persuasive tactics commonly seen in Canadian police interrogations.

Porter says more than 70 per cent of the students who had been given a fake crime memory thought it had actually happened.

“We ended the study prematurely because the effects were so powerful and it was unnecessary to continue the manipulation on further participants,” says Porter.

Porter has spent much of his academic career researching manipulative liars and he works closely with police and the justice system studying body language to determine if people are lying. This new research now turns the tables, indicating that suggestive investigative techniques by the police, may lead people to confess to crimes they did not commit.

According to Porter, there have been some cases in Canada where judges have criticized the way police have conducted interviews, saying they were too coercive or suggestive.

Porter points to a 1996 murder of a 14-year-old girl in Regina. Three of her friends were interrogated independently. After many hours, one confessed to beating the victim to death, one eventually said he stabbed her, and the third said he blacked out, had no memory of the crime, but confessed anyway. The three were arrested and charged, even though police knew the victim had been strangled. DNA evidence later exonerated all three.

“I think we really have to start looking at the techniques being used by police interrogators,” says Porter, noting it seems acceptable to society for police to tell lies, befriend the suspect, and create a sense of guilt, and maybe implant false memories during the interview process. “Our research proved pretty quickly that most of us, given the pressure and provided with memories, whether they are true or not, would confess to a crime of which we were innocent.”

This research paper, titled Creating Rich False Memories of Committing Crime, was conducted through UBC Okanagan’s Centre for the Advancement of Psychological Science and Law. A summary of the work will be published by the prestigious Trends in Cognitive Science journal next month.