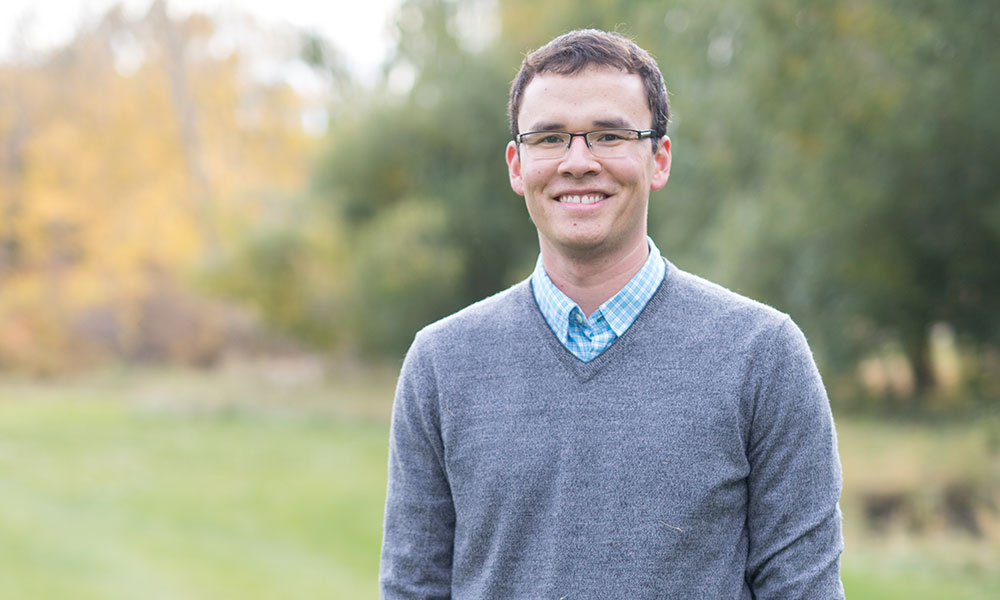 Bachelor of Science in Chemistry, UBC (2006)

“I benefitted from UBC Okanagan’s small classes and easy access to quality profs and research opportunities.”

BEING WILLING TO CHANGE DIRECTIONS can impact your life in unimaginable ways.

Just ask Kiyoshi Robson, a UBC Okanagan alumnus whose decision to switch from arts to sciences led to a fulfilling research career.

“I was an arts student taking courses like creative writing when I realized that chemistry was the course I found most enjoyable,” he says.

Robson’s change of direction came after discovering the powerful nature of chemistry.

“Chemistry is the underlying essence behind almost everything in life,” he says. “A basic understanding of chemistry enables people to wade through the swaths of information, and misinformation, that they are bombarded with daily.”

Robson—now coordinator for energy research strategy at the Office of the Vice-President of Research at the University of Calgary—was in his second year at UBC Okanagan when he decided to focus on science, and chemistry in particular.

A year later he discovered the lab.

Robson made the most of UBC Okanagan’s small classes and easy access to quality profs and undergraduate research opportunities. In his fourth year, he began working with Assoc. Prof. W. Stephen McNeil on cost-effective ways to speed up chemical reactions with molecules called catalysts.

He says McNeil “took me in, despite the fact that I wasn’t one of those 4.0 students.”

Robson’s research project, “Spin State Properties of Bis(amidinate) Cobalt Complexes,” was conducted through an IKBSAS Undergraduate Research Award in 2006, the first year it was offered.

He credits McNeil with helping to nurture what developed into a passion for research that has led to a successful career, at least a dozen awards, and an impressive list of publications.

“Steve was really great. If you’ve ever taken a class with him you’d remember,” Robson says. “He’s one of those high energy professors, bouncing off the wall, in a good way.”

FROM UBC TO PHD

“I definitely benefitted from UBC Okanagan’s small classes and easy access to quality profs and the research opportunities that I might not have had at a larger university,” Robson says. “It’s a place where you can just pop in on professors.”

Robson graduated from UBC Okanagan in 2006 and went on to complete his PhD at the University of Calgary in 2012. He worked as a technology analyst at Innovate Calgary before accepting his current position at the U of C.

“More than anything, professor McNeil provided me with an opportunity to dip my foot, so to speak, in the research world. What was a summer research project quickly turned into what was an honours thesis project, and that cemented my decision to try grad school.”