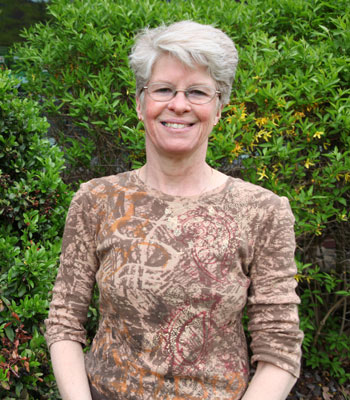 UBC Assoc. Prof. Kathy Rush says people often engage in self-care when they are in physical distress but tend to stop looking after themselves when they are better.

In the modern world, stress is a constant companion for nearly every man, woman, and child.

While it is becoming well known that managing the life-related stress associated with such everyday things as work, family, and finances is a key to good health, recent research by UBC Assoc. Prof. Kathy Rush shows that poor health could actually be a greater motivator.

In research recently published in the Journal of Applied Gerontology, Rush found that seniors who suffered from atrial fibrillation (AF) were more likely to practice stress-related self-care, such as relaxation exercises or lifestyle changes, when they were experiencing physical symptoms related to their medical condition than they were when those symptoms abated through treatment.

“While everyone in our study reported having life-related stress before and after they were treated, we found that people were far more likely to address their stress when they were experiencing AF symptoms such as lack of energy, shortness of breath, dizziness, or fatigue,” says Rush, who teaches in UBC Okanagan’s School of Nursing. “Even though their non-AF stressors often remained consistent, most reported having stopped doing the things that had helped them manage their stress levels altogether once they had been successfully treated.”

AF is a condition involving an irregular heart rhythm that impacts about 350,000 Canadians. The condition can be treated through medication or, as it was in patients involved in Rush’s research, through electrical cardioversion, which involves an electric shock to the heart to normalize its rhythm.

Rush’s research, conducted over a four-month period, involved multiple interviews with 16 seniors (13 men and three women) who suffered from AF. Interviews were designed to examine stressors and associated coping strategies before and after the corrective procedure.

Rush would like to continue her research by looking at how people with AF and other medical conditions can manage stress in a way that helps promote good mental health and keeps people from prematurely or unnecessarily having to access the health-care system.

“Our research shows that navigating the health system is in itself quite stressful for people,” she says.