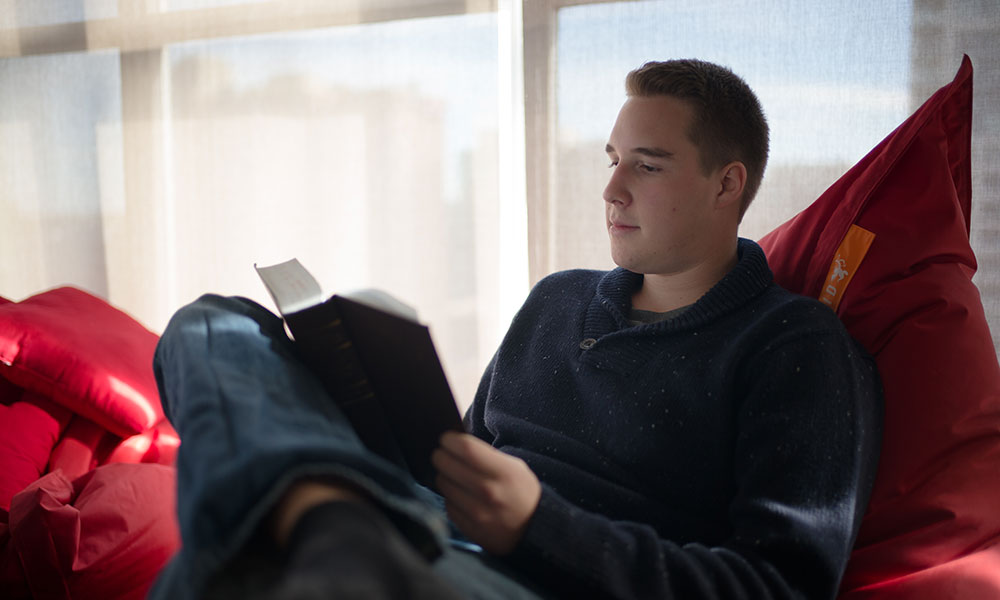 “In political science you learn to problem solve and work as a team. You also learn to determine what motivates different people.”

A SKILLED TEACHER IS LIKE A TOUR GUIDE leading students on a favourite journey but allowing them to explore and draw conclusions all their own.

If you’re lucky, you may encounter one or two in your life.

Why Political Science, Philosophy, and Economics?

Andrew Mortenson had three—all housed in the Political Science department at UBC’s Okanagan campus—who helped him earn his Bachelor of Arts degree before progressing to law school at the University of Ottawa.

First there was “phenomenal” Professor Barrie McCullough, who Mortenson says has the skills to teach anywhere in the world. 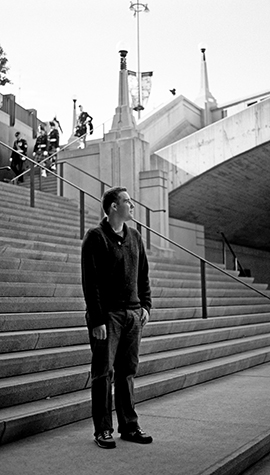 It was McCullough who ignited Mortenson’s political passion and served as a sounding board while he considered switching from History to the interdisciplinary Political Science, Philosophy, and Economics (PPE) program.

“He encouraged me to look into the PPE program, saying that he thought it would give me the best background heading into either law or public policy studies after graduation.”

SUPPORT IN CLASS AND OUT

James Rochlin was an equally helpful mentor who taught Mortenson the importance of writing well and concisely.

“He encouraged us to come to his office for one-on-one instruction and was incredibly helpful and genuinely interested in helping his students learn,” Mortenson says. “He challenges his students to improve their knowledge, critical thinking, and their writing in a supportive yet challenging environment.”

Carey Doberstein was another engaging professor who encouraged students to dig deeper in class and out.

“He incited discussions in class that allowed us to uncover answers to public policy questions and federalism issues as a class. In doing so, he allowed us to explore different perspectives and issues outside of what might be included within any one professor’s material.”

When Mortenson enrolled at UBC Okanagan he had a firm plan he had no intention of deviating from—he would study history and become a high-school teacher. By the second year he was a political junkie increasingly fascinating by the law.

The about-face surprised no one.

“If at 17 you’d told me I’d be going to law school in four years I would have told you were off your rocker,” he says. “UBC helped me figure out what I wanted to do, despite the fact that I thought I already knew.”

Mortenson was lucky to have grown up just a few short kilometres from a world-class university with an intimate campus and committed professors.

He lived off campus but became intricately involved in campus life; serving as President of the Young Liberals Club, treasurer of the UBCO Food Rescue Club, and sitting as a voting member on two UBCO Student Union Okanagan committees. He also served as AVP External for the UBCSUO in his final year.

What spare time he had was spent debating everything and anything. Those experiences outside the classroom helped Mortenson develop management skills and learn to work diplomatically with people with vastly different personalities.

“In political science you learn to problem solve and work as a team. You also learn to determine what motivates different people.”

Mortenson has moved to Ottawa where he is studying law at a campus he says is a different animal than UBC Okanagan. “There are major differences, but they are both great institutions I’ve been lucky to be a part of.”

“I have nothing but positive things to say about my time at UBC Okanagan,” he says. “People who choose UBC know it’s a world-class institution with phenomenal campuses and in my mind, it doesn’t matter which one you choose. UBC is UBC whether you attend in Vancouver or the Okanagan.”