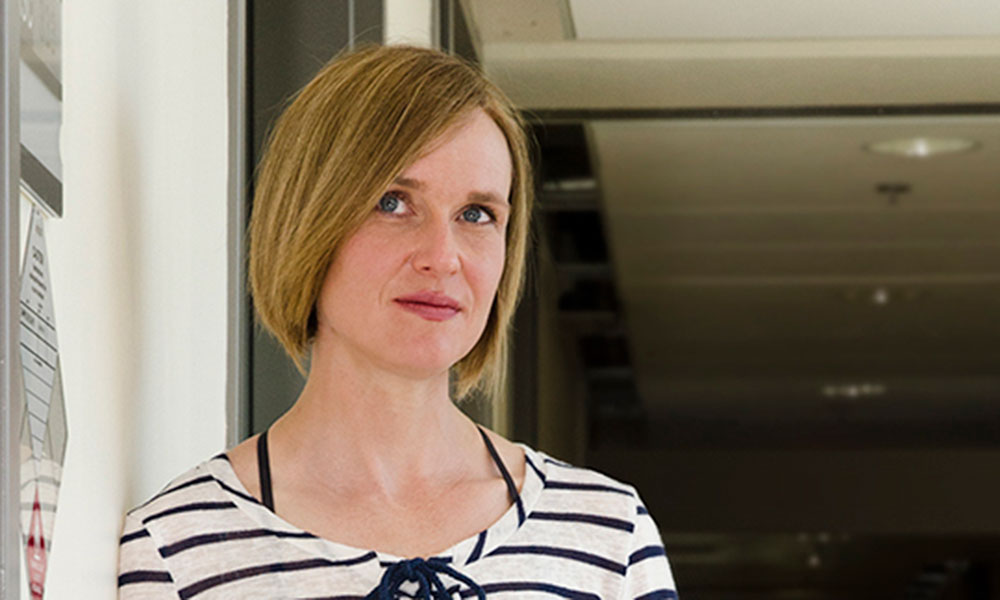 “I have grown to recognize that real impact happens only when people are brave and tough enough to put themselves out there.”

SOME OF MIRANDA HART’S best childhood memories are of playing outside with her sisters and exploring the wilderness. Hart fell in love with nature and developed a deep desire to protect the natural world.

The biology researcher and naturalist has dedicated her career to studying microbes in soil. Specifically, she investigates how soil biodiversity helps ecosystems function, and what happens when we destroy the life in our soils.

“Everything comes from soil,” says Hart. “Soil organisms keep everything going. Changes in the soil impacts everything that comes from it, including us.”

With so little earth left undisturbed, Hart says there is no telling how much biodiversity has been lost.

“I am trying to discover what soil microbial communities were like before we got here, and if we can save what we’ve still got,” she says.

To find “wild soils” Hart examines ancient, undisturbed cedar forests in British Columbia. She also works with grape growers in the Okanagan to preserve the integrity of agricultural soils. Many farmers add exotic microbes or chemicals to soil to restore functions previously performed by soil microbes, but Hart thinks growers can cultivate their own productive soil without such additives.

“I contribute to ecological conservation indirectly through my research, but I have grown to recognize that real impact happens only when people are brave and tough enough to put themselves out there and bring attention to conservation issues,” says Hart.

“It’s people like Jane Goodall whom I draw inspiration from.”

Hart was recently awarded a UBC Killam Research Fellowship, which will enable her to pursue full-time research.