Psychedelic drugs may help curb domestic violence committed by men with substance abuse problems, according to a new UBC study.

The UBC Okanagan study found that 42 per cent of U.S. adult male inmates who did not take psychedelic drugs were arrested within six years for domestic battery after their release, compared to a rate of 27 per cent for those who had taken drugs such as LSD, psilocybin (commonly known as magic mushrooms) and MDMA (ecstasy).

The observational study followed 302 inmates for an average of six years after they were released. All those observed had histories of substance use disorders. 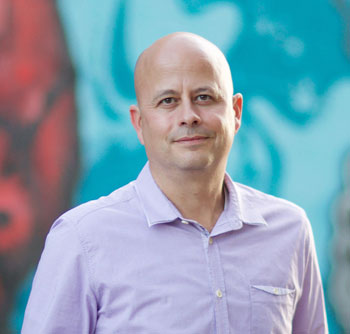 “While not a clinical trial, this study, in stark contrast to prevailing attitudes that views these drugs as harmful, speaks to the public health potential of psychedelic medicine,” says Assoc. Prof. Zach Walsh, the co-director for UBC Okanagan’s Centre for the Advancement of Psychological Science and Law. “As existing treatments for intimate partner violence are insufficient, we need to take new perspectives such as this seriously.”

“Intimate partner violence is a major public health problem and existing treatments to reduce reoffending are insufficient,” he says. “With proper dosage, set, and setting we might see even more profound effects. This definitely warrants further research.”

The study was co-authored by University of Alabama Assoc. Prof. Peter Hendricks, who predicts that psilocybin and related compounds could revolutionize the mental health field.

“Although we’re attempting to better understand how or why these substances may be beneficial, one explanation is that they can transform people’s lives by providing profoundly meaningful spiritual experiences that highlight what matters most,” says Hendricks. “Often, people are struck by the realization that behaving with compassion and kindness toward others is high on the list of what matters.”

While research on the benefits of psychedelic drugs took place from the 1950s to the 1970s, primarily to treat mental illness, it was stopped due to the reclassification of the drugs to a controlled substance in the mid-1970s. Recent years have seen a resurgence of interest in psychedelic medicine.

“The experiences of unity, positivity, and transcendence that characterize the psychedelic experience may be particularly beneficial to groups that are frequently marginalized and isolated, such as the incarcerated men who participated in this study,” says Walsh.