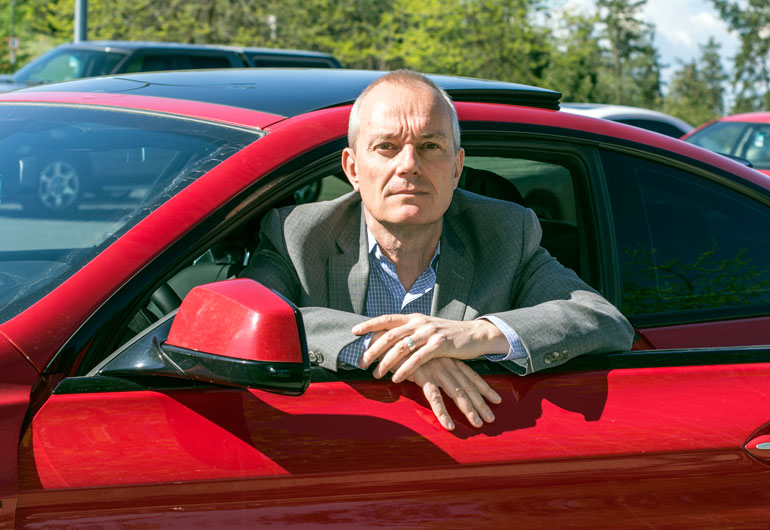 Eyewitnesses remember the faces of black suspects less accurately in drive-by shootings than they do in serial killings.

Their memories are further skewed when the victims are women or white males, psychology researchers at UBC’s Okanagan campus have found.

“What this study shows is that the memory of an eyewitness is heavily influenced by the type of crime that was committed,” says Assoc. Prof. Paul Davies. “In crimes such as drive-by shootings, typically associated with black males, eyewitnesses overwhelmingly remembered the black suspect’s face incorrectly.

“In crimes that were are more typically ‘white’, witnesses remembered the black suspect’s faces with a high degree of accuracy.”

In his study, four groups of participants were shown one of two staged videos with a black male leaving the scene of a multiple murder. One video was of a serial killing and the other was a drive-by shooting. The race and gender of the victims were shared with the members of some groups and not others.

Following the videos, photos of the suspect—where facial features such as skin colour and breadth of nose and fullness of lips were electronically manipulated in a series of 100 frames—were shown to the witnesses. Witnesses were asked to stop on the frame that most accurately represented the suspect they saw in the video.

DNA evidence in initiatives such as the United States’ Innocence Project have been exonerating increasing numbers of people, mostly black men, who were imprisoned largely based on eyewitness testimony.

This trend along with evidence that shows the fallibility of eyewitness memories may want to be considered in the Canadian justice system, says Davies.

“Eyewitness testimony is very compelling and may have the ability to sway a jury,” he says. “However, if we know that witnesses’ memories are inherently biased in the case of black male suspects, our justice system may want to take that into account to aid them in avoiding wrongful convictions.”

Davies study was recently published in the journal Social Psychological and Personality Science. To find out more, visit: spp.sagepub.com/content/early/2016/04/18/1948550616644655.abstract