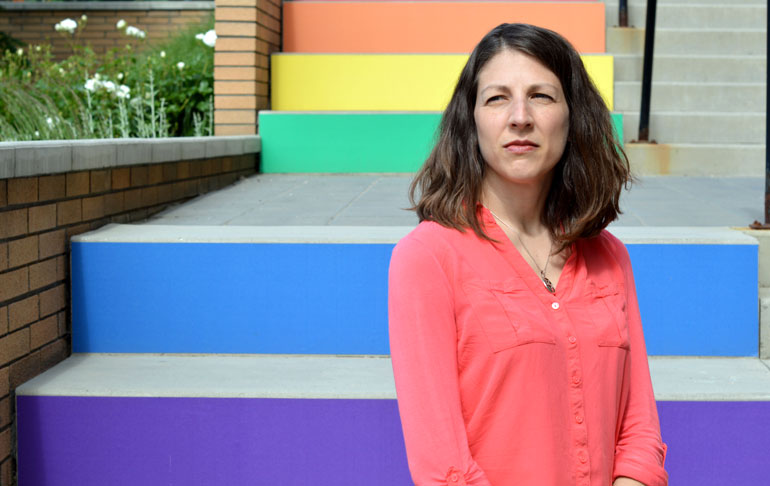 Susan Holtzman stands in front of the ‘rainbow staircase’ of inclusion at UBC’s Okanagan campus.