Lauren Marshall combines creative writing and political science with diverse interests such as poetry, environmentalism, and laws of the sea 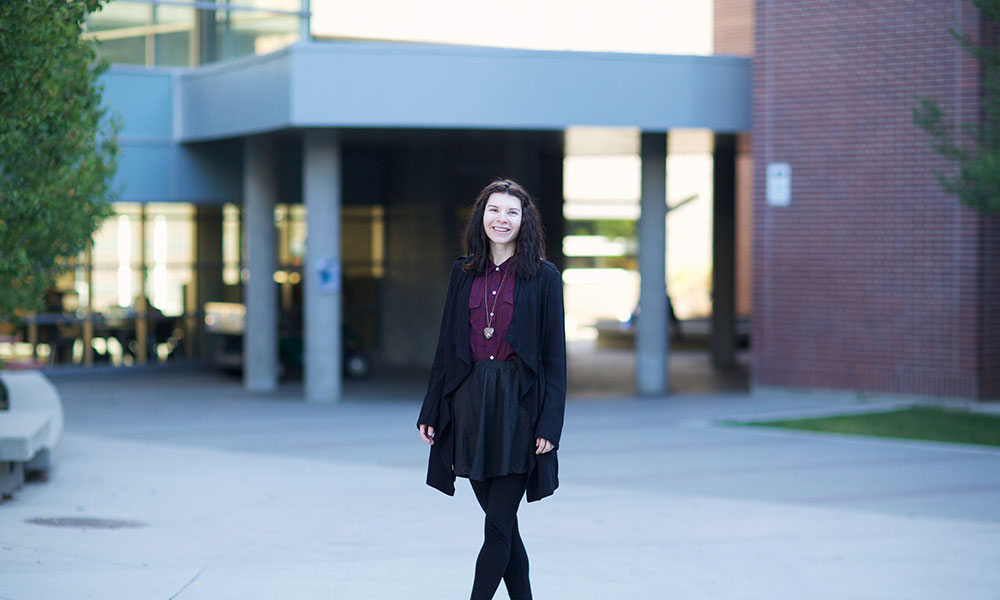 “I became more confident and articulate in my opinions, and realized that I loved learning about ideologies like feminism and environmentalism.”

LAUREN MARSHALL WAS HITTING THE BOOKS long before her first day at UBC’s Okanagan campus, where she is completing a double major in Creative Writing and Political Science.

It was Smith’s collection of poems, What You Can’t Have, that cemented her decision to study at UBC’s Okanagan campus.

“You probably shouldn’t judge a person by their writing but after reading Michael V. Smith’s book I knew he was the kind of person I wanted to learn from,” Marshall says. “His book was just so philosophically beautiful.”

It would prove to be a writing and teaching style that fits the way Marshall likes to learn.

“Michael V. Smith is ecstatic, exciting, exuberant, and empathetic towards students and their needs, but I could say that about every instructor in the faculty because I’ve had nothing but positive experiences with every one of my instructors.”

Marshall fell in love with the Okanagan campus and immediately felt at home in residence and in classrooms where she grew as both a writer and a person. She excelled in the Creative Writing program, but found herself feeling directionless when it came to choosing writing topics that excited her. 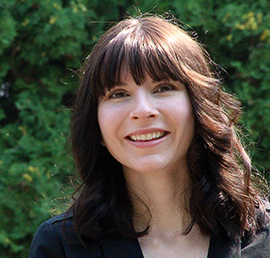 That changed in her second year while taking a variety of political science courses.

“I had a class with Professor James Rochlin and realized that politics could provide me with a lens through which to see the world,” she says. “I wanted to be able to immerse myself in politics and be able to write about it in a way that isn’t possible in an essay.”

“Taking political science pushed me to write in a way that I wouldn’t normally,” she says. “I became more confident and articulate in my opinions and realized that I loved learning about ideologies like feminism and environmentalism.”

SUPPORT FROM ALL DIRECTIONS

Marshall says her professors were supportive of her decision to double major and helped her manage a schedule most students would find overwhelming.

She took as many as six courses each term, enrolled in summer classes, and was actively involved in student life—serving as president of the Creative Writing Course Union and joining various clubs including the Environmental and Sustainability Club, Sexual Assault and Rape Awareness (SARA), and Model United Nations.

She interviewed people of German heritage as part of the Okanagan Deutsch research project, worked as Prof. Anne Fleming’s creative writing assistant, and is a Faculty of Creative and Critical Studies senate representative.

If there is anything she regrets, it’s not being able to take more classes.

“People tell me about these amazing people doing amazing things and I wish I had time to take their classes,” she says.

“There was never a moment when I felt lonely because there was always someone to talk to,” Marshall says. “There’s so much to do on campus and lots of strong leaders at both the student and faculty level.” 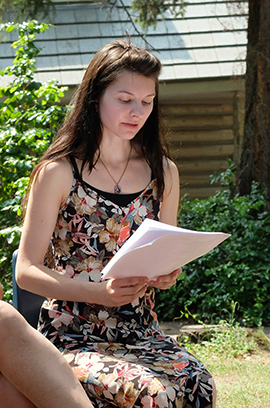 Marshall graduates in 2016 and plans to combine her two passions—creative writing and political science—by pursuing a career in environmental law or law of the sea. She is also interested in making the law and the language around it more accessible.

“I am passionate about both the rules and language of law and would like to be involved in helping communicate its complexities in a way the general public can understand,” she says.

Provided with a lens through which to see the world, Marshall’s focus is shaping into an exciting, exuberant, and empathetic future.