Geography undergrad Taylor Clark explores the forces, such as avalanches, that shape our physical landscape 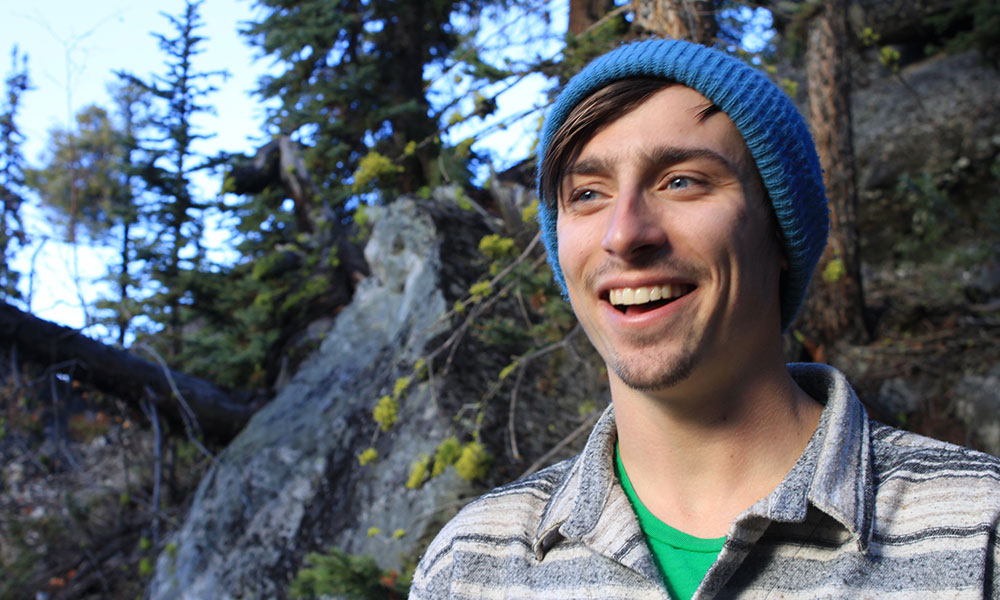 “Not only have I found my passion at UBC Okanagan, I’ve also been able to live it.”

TAYLOR CLARK LOVES SNOW. So it’s only fitting that the fifth-year UBC Okanagan Geography student discovered snow-science, born out of a passion for skiing.

“I find it so fascinating that a small, delicate snowflake can lead to the immense, destructive power of avalanches,” he says.

“Not only have I found my passion at UBC Okanagan, I’ve also been able to live it. I don’t think this would have happened anywhere else.”

“Being able to ski at Big White, downhill long board, and rock climb in unique places around the Okanagan solidified my choice. Where else can you finish class and be able to be on a chairlift in under an hour?!” 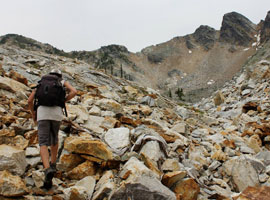 Clark originally intended to pursue a degree in economics. However, after taking a first-year Geography class, his interests changed and he became fascinated with the forces that shape our physical landscape. His newfound focus led him to conduct a directed-studies project analyzing weak layers and bed surfaces in avalanches in the Columbia Mountains in southeastern British Columbia and parts of the U.S.

MORE THAN A ROLE MODEL

Beyond services, clubs and associations at the university, Clark says a particular professor has been a role model.

“Professor Fes de Scally made a huge difference in my academic career,” Clark says. “He supervised my directed studies, and has provided insightful input into my current research.”

Clark adds, “He has been a catalyst in my avalanche research. He not only supported me throughout my upper years of study, but has also led meaningful field trips into the Rockies.

“Professor de Scally’s field schools have been a highlight of my UBC experience. Being able to see firsthand and on-site what you’ve learned in class gives you an extra level of appreciation.”

Clark also thanks de Scally for fostering his interest in snow-science and avalanches. “Through Professor de Scally’s avalanche research in Kananaskis Country (Alberta) and in Northern Pakistan, as well as his field schools, I have learned how to formulate my own hypotheses about landscapes.

“His direction has allowed me to understand what’s going on better than any textbook.”

Clark currently works at the UBC Centre for Environmental Assessment Research (CEAR) on a project that focuses on gap analyses of avalanche research in Canada along transportation corridors.

“I have examined avalanche research published from 1995 onward to develop a picture of what type of work has been done, where our knowledge strengths are, and what work needs to be done.”

In particular, the research group is interested in avalanche costs and infrastructure needs for transportation routes. This includes looking at past studies done in key places such as British Columbia highways: Coquihalla Highway and Rogers Pass.

“This has been a unique opportunity for an undergraduate student, and it provides a chance to think about career opportunities, possible graduate research, and developing research leadership skills,” says Clark.

“Professors Fes de Scally and Kevin Hanna have been supervising and supporting this work, but the experience has really felt more like collaboration with colleagues.”