A UBC researcher has determined there is a way to make internal combustion engines more fuel efficient and better for the environment.

Rudolph Seethaler, an associate professor of mechanical engineering and PhD candidate Brad Reinholz, have completed a simulation study that demonstrates engines can be built to be more efficient while at the same time cutting harmful emissions.

“Typically, valve systems are controlled by camshafts and we tried to control them with electromechanical valve actuation (EVA),” explains Seethaler. “This technology has several advantages as it reduces emissions, and improves fuel economy.”

An EVA is a system for opening and closing valves that combines electrical and mechanical processes as opposed to the conventional fixed camshaft engine.

Seethaler notes, most engines are a lot more powerful than needed, so the engine power is automatically throttled back, providing only the energy required. This throttling-back creates an inefficient engine design.

“We hardly ever use the power of our engine and this is quite inefficient,” he says. “There is 10 to 15 per cent efficiency loss because there is a throttle in your air intake system. Basically, you are throttling back the power your engine can provide.”

By replacing camshafts with EVA systems, Seethaler was able to remove the throttle and provide optimal valve timing for all torque-speed combinations. In addition, he says, EVA allows for more efficient cylinder deactivation, and permits new combustion strategies.

To demonstrate real engine efficiency improvements or measure emissions, the CTAMD needs to be paired and tested with an actual engine in an engine test facility and he’s hoping to get that done in the near future.

While these efficiency improvements have been tested with other EVA systems, he notes these previous EVA systems are not in commercial use because they have proven to be either too expensive or not reliable enough. The novelty in Seethaler’s CTAMD lies in the fact that it is cost effective and reliable.

While Seethaler, who worked as a senior controls engineer for BMW in Germany before coming to UBC, is pleased with the results in the lab, he says the next step is to get this properly tested and get engine manufacturers on board.

“We have shown in the lab that there is a way of creating an electromechanical valve actuation,” he explains. “We have invented something I think is cool, but it now needs to be tested on an engine.” 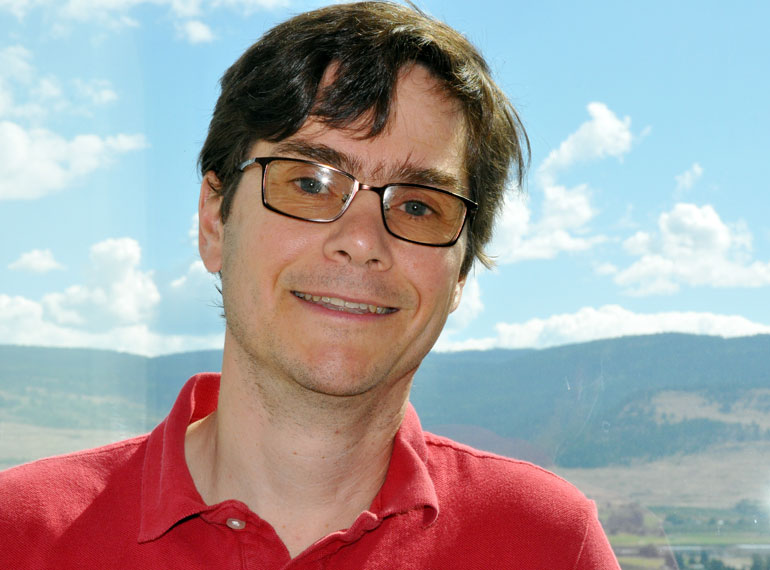 Rudolph Seethaler is an associate professor of mechanical engineering at UBC's Okanagan campus.