For the love of medicine 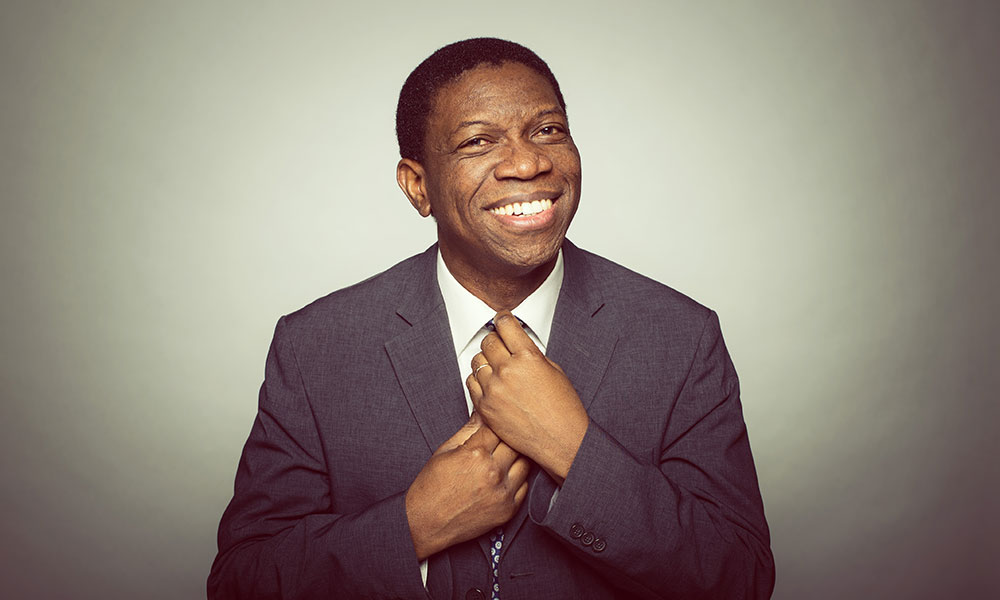 “I try to inspire students and make my teaching relevant to clinical practice.”

A PASSION FOR MEDICINE AND NEW BEGINNINGS brought Dr. Olusegun Oyedele half way around the world from Johannesburg to UBC Okanagan five years ago.

Why the Southern Medical Program?

Today, Oyedele is immersed in teaching first- and second-year students in the Southern Medical Program (SMP) and supporting new learning and research opportunities.

“My first love is medicine,” says Oyedele, who describes falling into his teaching career almost by accident.

After earning his medical degree from the Olabisi Onabanjo University in Nigeria, Oyedele completed a Master of Science in Anatomy from the University of Ibadan. During his graduate studies he developed a real affinity for teaching, later joining the faculty in 1995.

“I started as a teacher’s assistant and found that I really enjoyed teaching, so much so that I modified my previous career plans.”

Prior to moving to the Okanagan with his wife and three children, Oyedele served the University of the Witwatersrand in Johannesburg as senior lecturer for nine years, during which time he also completed a PhD in neurodevelopmental biology.

“I reached a point in my career where I felt I had given everything I could and I wanted a new challenge, he says. “I was looking for some higher level of experience, and coming to Canada could give my family a better start and provide more opportunities for the kids.”

As the basic science instructor, Oyedele leads the gross anatomy, neuroanatomy and histology labs for SMP students. He also delivers province-wide lectures to students across the distributed MD Undergraduate Program.

Oyedele sees distinct differences in medical education delivery between Canada and South Africa—however, his approach to teaching remains the same.

“I try to inspire students and link what they are studying to what they will eventually practice—making basic science knowledge relevant to clinical practice,” he says. “Anatomy is very detail-oriented and you can get lost in the details. I try and get the students to see the big picture and explain the knowledge in a very contextual way to help them remember the facts.”

Many of his students refer to Dr. Oyedele (pronounced O-ye-del-ee) as “Dr. O.” In more casual situations, he goes by an abbreviation of his first name: Segun (pron. Shay-gun).

A new country and new culture brought big changes and some challenges for Dr. Oyedele and his family. Not to mention distinct cultural differences, Kelowna’s population pales in comparison to Johannesburg, which is home to more than five million people.

“It’s been quite a change, but overall it’s been great,” says Dr. Oyedele. “I cannot say enough how grateful we are for UBC and the SMP in welcoming us into the community.”

“My research focus is shifting from laboratory-based basic science to exploring opportunities in the educational field,” he says. “The field is huge and there are lots of research avenues to pursue.”