Lecturing likely not effective for developing problem-solving skills in students 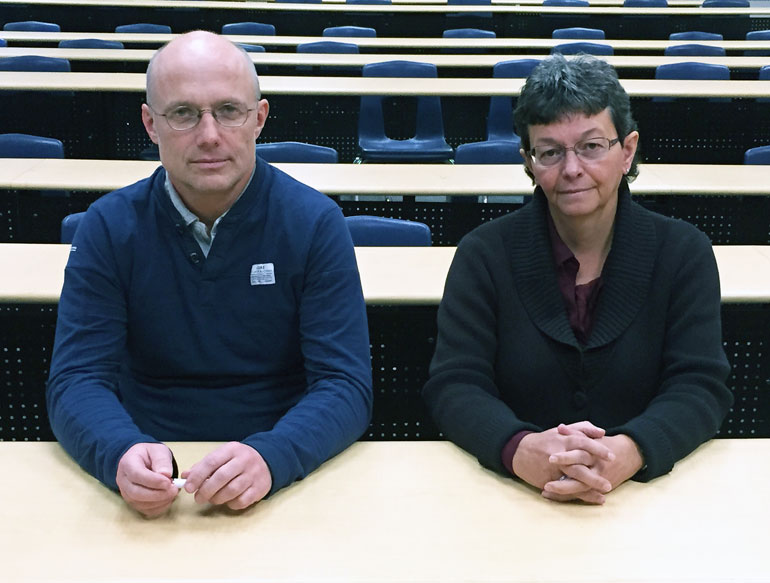 In a recent study, researchers at UBC’s Okanagan campus developed a testing system to measure the problem-solving abilities of students in various stages of their undergraduate degrees.

Their data shows that while freshman students see their problem-solving skills increase by nearly 10 per cent in their first semester, students in the majority of disciplines experience little-to-no improvement in all the semesters that follow.

The results, according to UBC’s Andis Klegeris, show that traditional university lectures may not be building the skills students are hoping to acquire and their future employers have come to expect.

“There is strong evidence that different methods of teaching can heavily influence the development of problem-solving skills,” said Klegeris, an associate professor of biology. “It does not appear that the traditional, lecture-style of information delivery is well suited to helping students build those skills.”

As part of the study, Klegeris and fellow UBC researcher Heather Hurren adapted a test used by the Organization for Economic Co-operation and Development (OECD), so that students could be assessed in 15 minutes.

The test was written by nearly 1,000 students at various stages of their undergraduate degree, with one problem-solving test given at the beginning of school year’s first semester and the other at semester’s end. Problem solving was defined as person’s capacity to use their brain power to resolve a real, cross-disciplinary situation in which a solution was not immediately obvious.

The study concluded that only first-year students saw significant improvements in their problem-solving abilities.

“As problem-solving is becoming an increasingly sought-after skill, it is likely post-secondary institutions will need to adapt their teaching styles to ensure students are able to better participate in a skill-based economy,” says Hurren, who is the manager of academic development at UBC’s Centre for Teaching and Learning in Kelowna. “If they haven’t already, professors will need to move from traditional lectures and expectations of memorization to approaches that see small groups of students actively discover knowledge on their own.”

According to a 2011 study from Statistics Canada, most people see their problem-solving skills plateau in adulthood, with the exception of those who are engaged in careers that specifically require that skill set.

Klegeris and Hurren’s study was recently published online in the journal Higher Education. To find out more, visit: link.springer.com/article/10.1007/s10734-016-0082-0