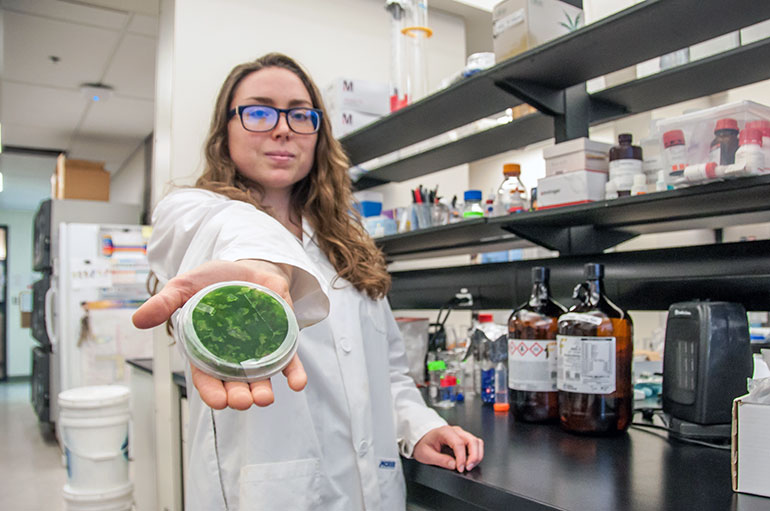 Stephanie Bishop, a graduate student in chemistry at UBC Okanagan, holds a sample from Lake Winnipeg.

Toxin found in Cyanobacteria during periods of bloom

“Cyanobacteria blooms have become increasingly common in Lake Winnipeg since the 1990s,” says Susan Murch, associate professor of chemistry at UBC Okanagan and study lead author. “These bacteria have also been known to produce BMAA under the right conditions and we wanted to establish whether this could be happening in one of Canada’s largest and most important freshwater lakes.”

Murch says BMAA has been associated with everything from Alzheimer’s to ALS and can have serious public health implications if it permeates food and water supplies.

“It’s very difficult to detect BMAA directly in water samples using current methods,” says Stephanie Bishop, a graduate student in chemistry at UBC Okanagan and study co-author. “We decided to look for its presence in the cyanobacteria itself using samples collected from across the lake with the help of our partners from the Lake Winnipeg Research Consortium.”

Murch and Bishop analyzed samples collected in July and September of 2016 and found that BMAA was present in highest concentrations in the areas of the bloom that are impacted by pollution and farming.

“Agricultural and human activities along with factors like climate change are very likely behind the increased size and frequency of blooms,” Murch adds. “We now know that with these blooms comes the very real risk of increased exposure to BMAA and the public health impacts that follow.”

She warns that cyanobacterial blooms are not isolated to Lake Winnipeg and that she would expect to see similar results in other freshwater lakes.

“We’re seeing a greater number of blooms in lakes in both the US and Canada. Especially in the Great Lakes region,” she says. “It wouldn’t surprise me to see BMAA in cyanobacteria from lakes that serve a huge number of people.”

“We hope that an increased awareness of risks of BMAA along with a better understanding of the human impacts on algal blooms will help us better manage the potential consequences to public health.” 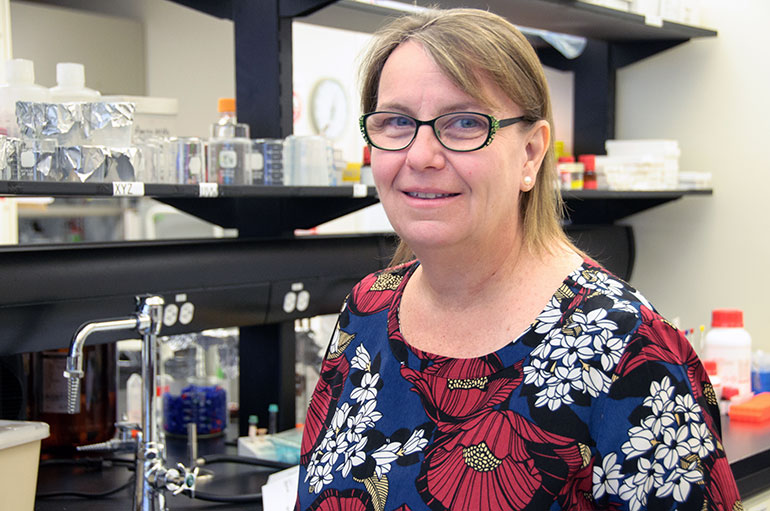 Susan Much is an associate professor of chemistry at UBC Okanagan.